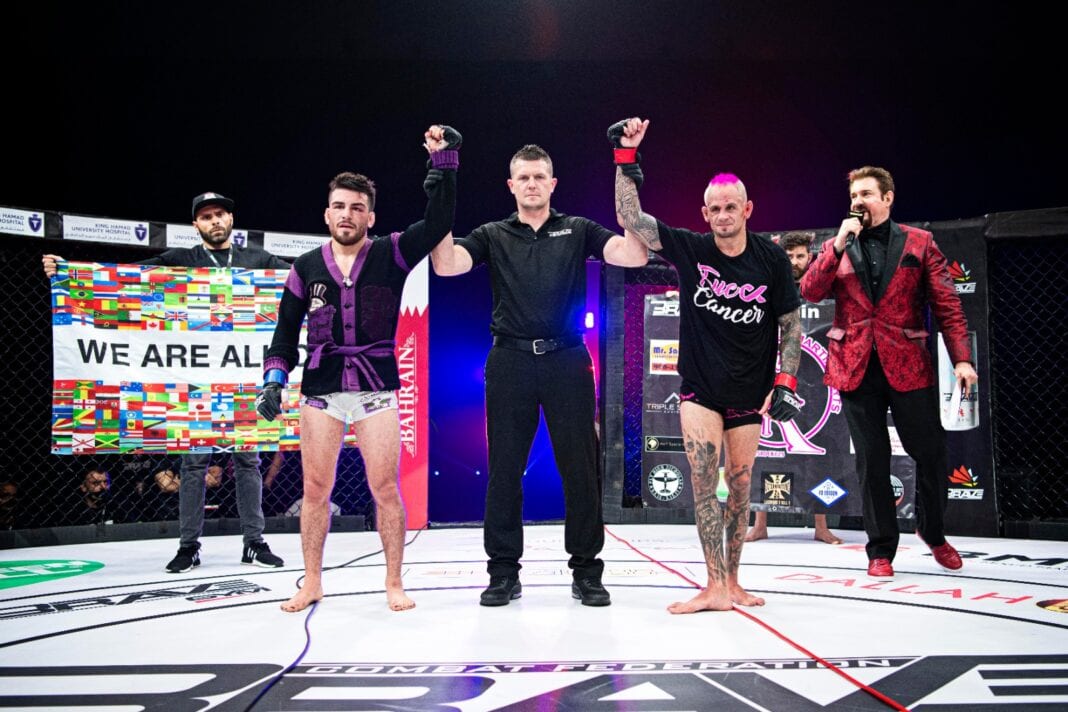 In the main event Jose Torres and Sean Santella locked horns in their flyweight quarter-final clash. The bout ended in a majority draw. The opening round belonged to Santella, with the second degree BJJ black belt veteran controlling Torres on the ground. The veteran flyweight took Torres down twice. Torres escaped with relative ease on the first occasion, but the second time he was taken down, Santella locked in a heel-hook and went looking for the finish, but Torres survived to hear the sound of the bell.

The second-round was similar to the first. Santella’s BJJ continued to cause Torres problems, especially after the 35-year-old took the back of his opponent before unsuccessfully going in search of a rear-naked choke.

The pair went into the third with Torres down by two and needing a stoppage to win the fight. The Din Thomas trained fighter finally hit his stride when he needed it most, with his shots beginning to find a home. After two near-perfect rounds, Santella began to tire, allowing Torres to dominate proceedings.

Despite not getting the stoppage, Torres did enough in two of the judges’ eyes to earn a 10-8 round and walk away with a draw, much to Santella’s disappointment.

” I feel like I won the first two rounds pretty decisively,” Santella said in his post-fight interview.

“The third-round, I clearly lost. The judges decided to make it a 10-8, so to me, it is very disappointing. Personally, I knew I gave up the round, but I didn’t think he caused enough damage for a 10-8.”

“I started way too late. Could I have done that third-round in the first-round? Maybe, but he pulled guard really well,” Torres said, speaking about the matchup.

In the post-fight show, it was revealed the two men are to fight in a rematch in order to determine who gets to move forward in the Grand Prix.

In the co-main event, Russia’s Velimurad Alkhasov and Brazil’s Flavio Queiroz faced off in their grand prix quarter-final clash. Alkhasov looked sharp on his way to a unanimous decision victory.

The Russian’s ground and pound was impressive, and he is now set to face former Bellator bantamweight champion, Zach Makovsky. The American advanced to the semifinals after his opponent Abdul Hussein missed weight. It will be the second meeting between Alkhasov and Makovsky after Makovsky earned a split decision victory when they first fought back in January.

“It’s an unbelievable feeling to go through this fight and go through to the semifinal of this great grand Prix,” Alkhasov said, speaking post-fight.

“This is a great chance [to fight Makovsky], as people still think I won that fight, and this is a great opportunity for revenge, and I hope that I beat him in the semifinal.”