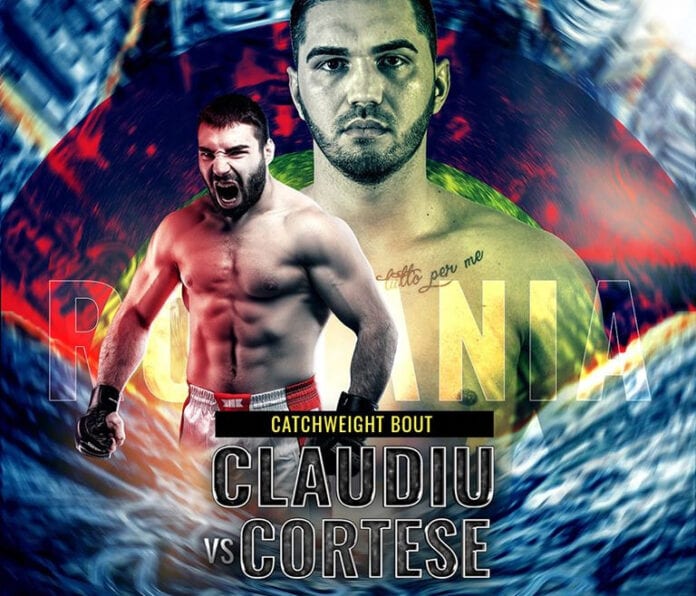 In the main event rising Italian star, Enrico Cortese took on Romania’s Claudiu Alexe in a catchweight bout. Cortese was initially set to face BRAVE veteran Mohammad Fakhreddine in a middleweight contest; unfortunately, the Lebanese fighter was unable to secure entry into Romania, which forced the company to find a last-minute replacement.

Alexe, a kickboxer by trade, quickly found himself in uncharted waters after being taken to the ground with less than a minute gone on the clock. The Romanian was unable to mount a defense as Cortese gained full mount and rained down heavy blows. Alexe’s attempts to escape resulted in Cortese taking his opponents back and locking in a guillotine choke, which forced Alexe to tap out.

In the co-main event Romania’s Ion Grigore and France’s Mamadou Lamine Sene traded heavy shots in their heavyweight clash.Sene, a fomrer Glory fighter, started strong before Grigore stormed back in the second to finish the contest via second-round TKO.

BRAVE CF will return to the same venue next week with BRAVE CF 36 scheduled to go down on Mon. July 27.

Here are the full results for BRAVE CF 35.