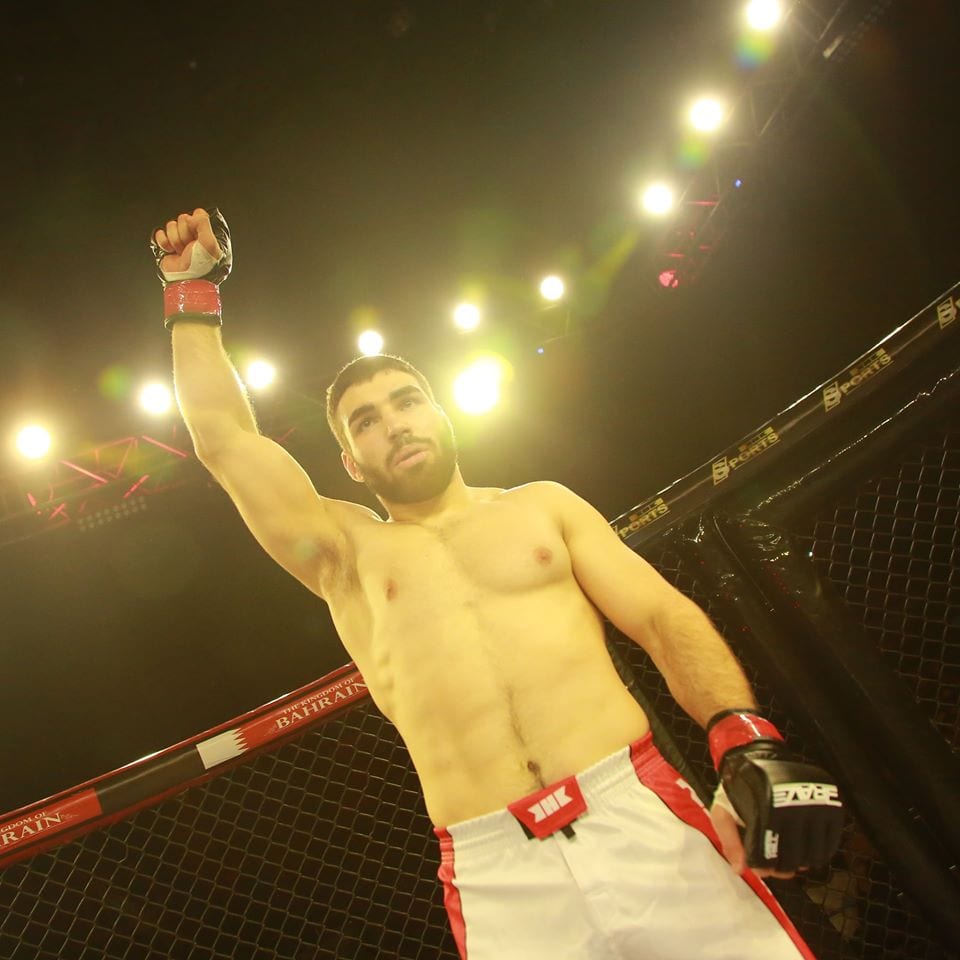 Enrico “The Killing Machine” Cortese is not only looking to make waves in BRAVE CF’s middleweight division; he is also aiming to spearhead MMA’s growth in his native Italy.

The 22-year-old returns to the cage this week when he headlines BRAVE CF 35 against Romania’s Claudiu Alexe in Bucharest, Romania on Mon. July 20. BRAVE CF 35 will be the first of five consecutive shows that the Bahrain-promotion will hold in Europe, and for Cortese, the chance to main-event the company’s return is a privilege.

“The fact that I am competing in the main event at this BRAVE CF card is an absolute honor. It shows that work pays off as well because I have been working and training hard my whole life, and the opportunity that BRAVE has given me to show my skills on a headline fight of a card is great,” Cortese says speaking to LowKickMMA through a translator.

“On the other hand, I think on a personal level on how I approach this fight, it feels like any other fight, as I feel like every fight for every athlete should be a main-event. Every fight has the same importance for me. From the first fight of my career to my last fight, I will fight like it’s a main-event.”

After making a successful promotional debut last November at BRVAE CF 30, Cortese has had to be patient while waiting for a follow-up outing. He was initially scheduled to face former BRAVE CF middleweight title challenger Chad Hanekeom in April until the outbreak of Covid-19 put a stop to those plans. Then, when BRAVE CF started up its engine again, he was paired with Lebanon’s Mohammad Fakhreddine for the main event of BRAVE CF 35.

However, Fakhreddine was unable to secure a flight to Romania, forcing the company into a last-minute scramble to locate an opponent for Cortese. While he did not welcome the stress of not knowing whether he was going to fight or not, the Vicenza-native sees these challenges as part of the business of being a professional athlete. All that matters now is that he has a ready and willing opponent.

” I thank BRAVE CF so much for the opportunity they have given me because they have never seen a fighter as hungry as me for a fight. I really want to fight and be here I will take on anyone in the division. “

Italian MMA is still in the early stages of development, but Cortese is optimistic about its future in Italy.

“The Italian movement is growing and moving slowly; there are a lot of fighters trying to push there way in Italy.”

Cortese came to MMA after spending 15 years practicing Sanda. He is a huge proponent of the martial art, which was developed by the Chinese military. However, while Sanda has a special place in his heart, Cortese also sees himself as part of the ‘new generation’ of MMA fighters. Fighters who are equally adept grappling as they are striking. The Italian is only at the start of his career, but when talking, his passion for MMA shines through clear as day.

” I love this, and it’s giving me a beautiful journey in life,” Cortese explains.

“Obviously, I do it to win; my goal is to win and be the best, but even a world champion can lose. I like to keep my feet stuck to the ground and keep walking my road step by step, and I really hope my road is going to be a long road in MMA. I am fighting on this road to stay, and I think you are going to see me here for a long time. “

It is a statement similar to one that many young fighters make when entering the sport, yet in Cortese’s case, he says it with such intensity that you cannot help but want to see how his story unfolds.

Will you be watching BRAVE CF 35?