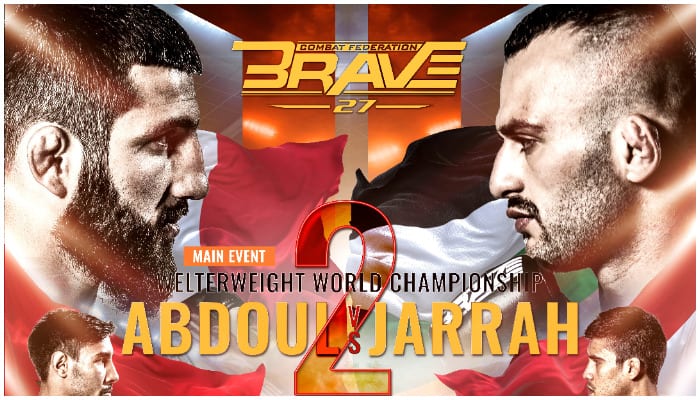 BRAVE 27 went down today inside Abu Dhabi’s Mubadala Arena. In the main event, Jordan’s Jarrah Al-Selawe regained the Brave welterweight title after he handed France’s Abdoul Abdouraguimov the first loss of his career.

The pair last fought at Brave 23 with Abdouraguimov, winning the title after earning a controversial split decision victory over the Jordanian. This time around, Al-Selawe made sure to not leave the result in the hands of the judges by dominating the stand-up exchanges and forcing Abdouraguimov’s corner to throw in the towel.

In the co-main event, Canada’s Alex Martinez finished the highly-rated Moroccan Anas Siraj Mounir in impressive fashion to stake his claim at a title shot.

Check out the full results below.