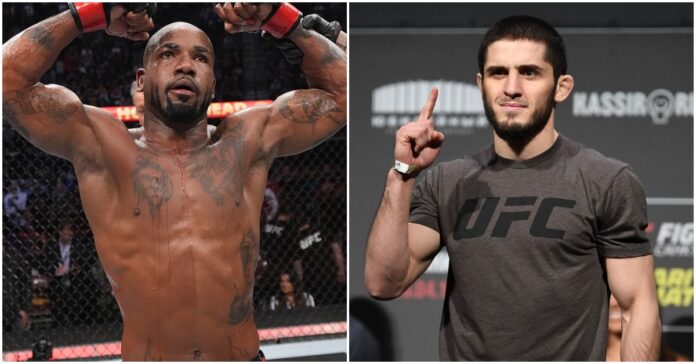 Bobby Green is set for his first main event just a few days after picking up a dominant decision win over Nasrat Haqparast at UFC 271.

On Wednesday evening, Ariel Helwani reported that the Beneil Dariush was injured and as a result had withdrawn from his upcoming UFC Vegas 49 fight with Islam Makhachev. The veteran MMA reporter was unsure if Makhachev would remain on the February 26 card or if the fight would be rescheduled.

“Next week’s Islam Makhachev vs. Beneil Dariush main event fight is off, sources say,” Helwani wrote on Twitter. “Dariush injured his ankle and was forced to withdraw. No word yet on if Makhachev will remain on the card and/or what’s the new Feb. 26 headliner.”

Brett Okamoto of ESPN later revealed that Green is set to replace Dariush and fight Makhachev at a catchweight in the UFC Vegas 49 main event.

“What’s that you say? Bobby Green in his UFC main event? How about taking on Islam Makhachev in 10 days? Per sources, Green will replace the injured Beneil Dariush on Feb. 26 against a Makhachev. Not done yet, and likely a catch weight. But both have agreed to the fight,” Okamoto wrote.

As we mentioned earlier, Gren is fresh off a big win at UFC 271. Before that, ‘King’ scored a sensational knockout victory over Al Iaquinta to bounce back from consecutive losses to Rafael Fiziev and Thiago Moises. Green picked up three consecutive wins prior to those defeats.

Makhachev is currently riding a nine-fight win streak with wins over Thiago Moises, Drew Dober and Dan Hooker. The Dagestani appears destined to be champion but has been unable to secure a signature win to earn his shot. Makhachev has been booked to face Rafael dos Anjos a few times but that fight has fallen through for various reasons.

How do you think Bobby Green will do against Islam Makhachev?