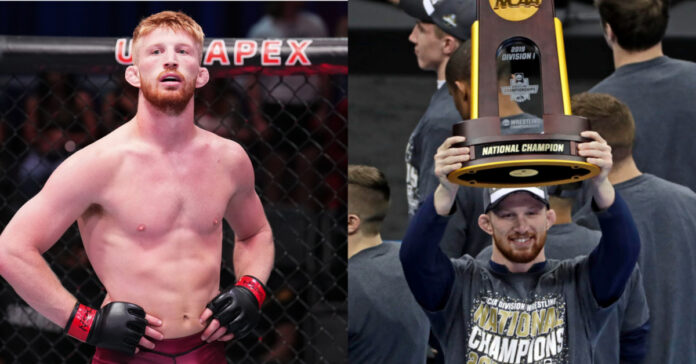 Bo Nickal is undoubtedly one of the most intriguing prospects that we have seen in MMA. The three time NCCA division I freestyle wrestling champion made his MMA debut in June of last year and was quickly snapped up by The Dana White Contender Series.

Nickal would win his first appearance on DWCS by a first round finish but did not earn himself a UFC contract, instead being invited back on the show to which Nickal agreed and is set to appear on Tuesday 29, September.

Joining the DC&RC show, Nickal would discuss his upcoming bout and what the future holds, with Daniel Cormier first asking about Nickal’s opponent, Donovan Beard, saying that Nickal is underestimating him.

“These guys are pretty hilarious to be thinking that way,” Nickal said. “In my opinion I just feel that’s not gonna happen, at the end of the day this dudes never felt someone like me I’m gonna get in there and have my way with him, finish him quickly, easy.”

Nickal would also jokingly add that he is saving his slams for when he earns his contract.

“I’m saving it for the big show,” Nickal said. “Maybe my UFC debut, on a main card, PPV card maybe ill pick somebody up drop on there head, something like that.”

With having such a big opputrunity at such an early stage in his career, Nickal has draw many critics from fellow fights, but Nickal said he isn’t bothered and in fact deserves to be where he is.

“Bring it, I’m ready to go,” Nickal said. “A lot of dude likes to talk and say crazy stuff how ‘I’m only 2-0, I don’t have experience, I’ve never been in there’. You’ve never done what I’ve done, you’re not a three-time national champion, you didn’t compete for the greatest collegiate programme in college wrestling history. You didn’t train since you were five years old, I grew up doing this, this is what I live for.

“I train everyday, I put the work in and for them to be coming at me saying I don’t know what it feels like is outlandish. I competed in a sold-out Maddison Square Garden at 18 years old, who else is doing that? At the end of the day it’s a little crazy for guys to talk that way but the result will prove themselves.”

How do you think Bo Nickal will do in the UFC? 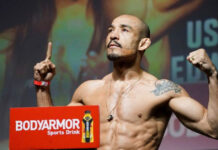 Dana White comments on Jose Aldo’s retirement: ‘He helped build the sport, we love him’