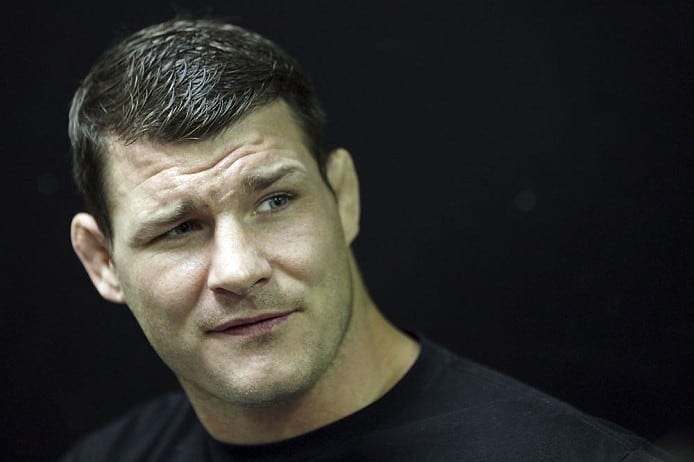 UFC middleweight champion Chris Weidman has gone all trash talker in recent times, and most of the banter has been aimed at his next opponent Luke Rockhold. The two will collide at UFC 194 in December, and have been embroiled in an entertaining feud since ‘The All-American’ took out Vitor Belfort by TKO at UFC 187. Someone else in the 185-pound division who is never often far from an argument is Michael Bisping, and the Brit has got himself all caught up in a Twitter beef with the champion.

It all started when Rockhold recently compared Weidman to Bisping, and the middleweight boss said that made things ‘personal’. Not liking this, ‘The Count’ tweeted some heat and the back-and-forth began. Check it out:

Wow This guy just made it real personal comparing me to Bisping. Reality is coming for you.

@ChrisWeidmanUFC @MMAFighting all cocky now. Fake champion, beating has beens. Let's see if they can bring back shamrock for your next fight

Hahahaha yeah everybody please be my fan. Can't main event shit! No one wants to be on the train. @ChrisWeidmanUFC https://t.co/8P1zrm87c0

@ChrisWeidmanUFC and well done to you. Really! But don't think you can talk shit about me and not get a response. Belt or no belt!

With the recent news that Bisping will be taking of Robert Whittaker at UFC 193, could a win set him up for a potential fight with Weidman? Probably not, as the general opinion is that the winner of Jacare Souza vs. Yoel Romero will get that honor.

Then again, stranger things have happened, and it would only take an injury or some other unfortunate situation to make the beef between ‘The All-American’ and the outspoken Englishman a selling point for a possible title clash.

We’ll keep you posted to this, and more UFC and MMA news throughout the day and night, so stay tuned to LowKickMMA!