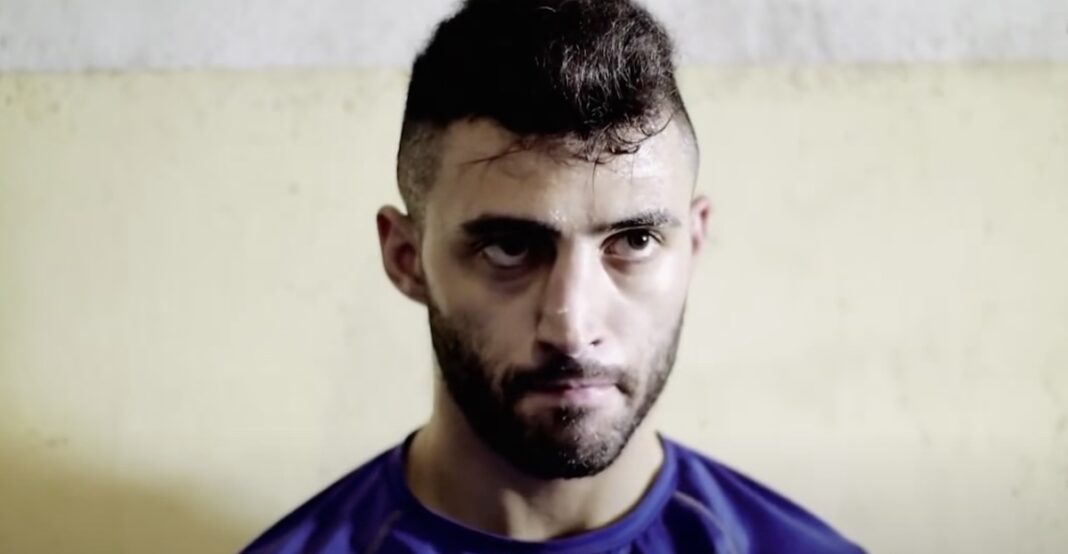 Kickboxing is one of the most entertaining combat sports in the world. Many of us grew up watching the classic K-1 bouts between some of the legends of the sport.

Listing all of these great fighter’s prestigious accomplishments along with the best fights of their careers.

Nickname(s): The Reem, The Demolition Man

Alistair Overeem was already an accomplished MMA fighter before making the transition to kickboxing full time. He already had a 3-3 pro kickboxing record, but when he returned to the sport in 2009, Overeem shocked everyone.

Adding 40lbs of muscle and evolving into his new ultimate form as “The Reem.” His 10-4 record may not seem like he’s worthy of the best kickboxers of all time list, but you had to see him in action.

From 2009 to 2010, Reem was the most terrifying fighter in all of kickboxing. In this span, he would go 7-1 with 5 of the most devastating knockouts in the history of the sport.

His run to winning the 2010 K-1 Grand Prix was one of the most legendary runs ever in kickboxing. This is why Alistair Overeem starts our list as the 10th best kickboxer of all time on our list.

Hunt is known for his seemingly unnatural knockout power, as well as his ability to take a punch. He is one of the only fighters to have ever eaten a left head kick from Mirko Cro Cop and got up.

The Super Samoan also had one of the greatest fights in kickboxing history, when he fought fellow countryman, Ray Sefo. Both Samoans would drop their hands in the bout and let each other land their best shots as the crowd roared.

His best performance as a kickboxer came in the 2001 K-1 Grand Prix tournament. Mark would TKO Adam Watt and beat two kickboxing legends in Jerome Le Banner and Stefan Leko to win the tournament.

Not only was Hunt a great fighter and fan favorite, but also a champion, which earns him the 9th spot.

He was one of the early faces of K-1 and won the second grand prix tournament. The tournament that would make him a star in the promotion as Aerts would KO all three of his opponents.

His stardom would rise even more in 1995 as he would become the first fighter to repeat as grand prix champion. Beating three fighters in one night in the early brackets including Ernesto Hoost, then stopping Jerome Le Banner in the finals.

Peter would win his 3rd grand prix title in 1998 and would stay one of the world’s best for two more decades. At 48, the Dutch Lumberjack still isn’t done fighting and is still semi-active in the sport.

Many view Jorina Baars as arguably the greatest female kickboxer in history. Right up there with fellow Dutch kickboxer Lucia Rijker.

Jorina first strapped on a pair of boxing gloves when she was 7 and it is what she has done ever since. She would go pro at the age of 13, which was over 20 years ago.

In that time, Baars just got better and better as she won 24 fights in a row before taking her first professional loss.

The bout that Jorina is probably most known for is her Muay Thai bout with Cyborg Santos. At this time, Cyborg was considered the most feared female fighter on the planet.

Although Baars wasn’t shaken at all as she would dominate the MMA champion to earn a unanimous decision victory.

At 33, Baars is still at the top of her game and looking to continue collecting world titles.

Once the fight began, Ramon only had one speed and that was full force ahead. He was one of the early Dutch kickboxers that would make a name for himself fighting in Thailand.

Being one of the early influences that led Thai fighters to train more boxing. In his storied career, Dekkers would win 8 world championships in 6 different weight classes.

Unfortunately, Dekkers passed away in 2013, but the mark he left on the sport will last forever. He would influence many future stars in the sport from John Wayne Parr, Nieky Holzken, and Liam Harrison.

You can just say the name Buakaw and everyone will agree he’s one of the best kickboxers of all time. Buakaw Banchamek has been a professional fighter since the time he was 9 years old.

Today, he is 39 years old and still considered one of the best in the sport. Many Thai fighters retire from their battles in their 20s, but Buakaw has gotten even better with age.

In his 30+ years as a professional fighter, Buakaw has won 18 championships within Muay Thai and kickboxing. Using a well rounded game that consists of precision and power to beat the world’s best kickboxers.

Buakaw has had a long and storied career, but has yet to show any sign that he’s stopping anytime soon.

Not only is Ernesto Hoost considered the best Dutch kickboxer of all time, but also the one of the best ever. Along with Ramon Dekkers, Hoost was one of the top Dutch fighters to prove the power of Dutch Kickboxing.

Mr Perfect was one of the top fighters in the world for a period of 4 decades. In that time, Ernesto would win over 20 world championships including 5 K-1 grand prix championships.

Ernesto was one of the best fighters in the golden era of kickboxing and has an unbelievable legacy. Today, he is continuing his work as coach bringing up the next era of top Dutch kickboxers.

One of the tallest and most intimidating figures ever in kickboxing is Karate specialist Semmy Schilt. Before getting into kickboxing, Schilt was a multi time karate champion.

His style and size made him a perfect fit for the world of kickboxing. Semmy’s long range, powerful jab, and front kicks made him one of the hardest fighters to beat.

During the first decade of the 20th century, Schilt was the best kickboxer on the planet. From 2005 to 2009, Semmy would win 6 K-1 championships and still hold the record for most GP title wins.

Then Schilt would go on to make even more history and became the inaugural Glory Kickboxing Heavyweight Champion. Also winning the promotion’s heavyweight grand slam tournament.

His last fight would be one of his best as he knocked out Daniel Ghita with a devastating head kick. A heart condition would force Semmy into retirement shortly after, but he could look back on quite a legendary career.

He is considered the current best kickboxer in the world, which is hard to argue. Ricco Verhoeven has held the Glory heavyweight championship for the last 8 years.

The King of Kickboxing has had one of the longest title reigns in the history of the sport. Defending his title 15 times in the 8 years he has held the title.

In his title defenses, Verhoeven has gotten better every time he fights. Displaying one of the most complete striking games that we’ve ever seen.

His last title defense was a rematch against bitter rival Jamal Ben Saddik. Verhoeven got a gruesome cut under his eye that swelled it shot, but he showed he was a true champion.

Persevering through the injury to beat Saddik by TKO in the fourth. By far one of the best performances of his career.

Ricco is only 32 years old, but has already shown to be an all time great kickboxer.

Our pick for the best kickboxer of all time is “the Doctor” Giorgio Petrosyan. Since 2003 when Giorgio made his pro debut, the Armenian-Italian fighter has had an unbelievable career.

Having a professional kickboxing record of 104-3-2 with 2 no contests seems almost unattainable. But if you’ve seen Petrosyan fight, you know he is every bit as good as his record shows.

He has not only beaten countless of the world’s best fighters, but made some of them look like beginners. Petrosyan is the only kickboxer to have ever won titles in K-1, Glory, and One Championship.

Beating everyone from Andy Sower, Sammy Hana, Mike Zambidis, and Yoshihiro Sato. Using a style that is one of the most precise striking games that has ever been developed.

This is why Giorgio Petrosyan is our choice for the best kickboxer of all time.