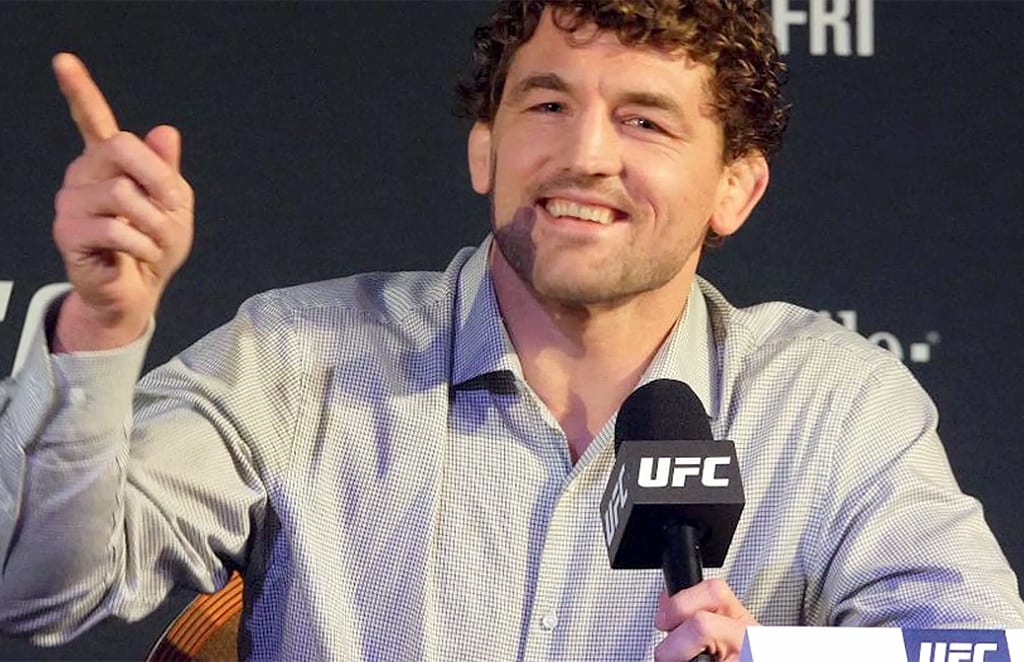 Most fans assumed “Gamebred” would be locked inside the cage against Leon Edwards. The pair engaged in a backstage brawl at UFC London last month. Instead, Askren has been paired with Masvidal, while Edwards remains without an opponent.

Speaking at today’s (Fri. April 12, 2019) UFC Seasonal Press Conference, Askren said he also expected Masvidal to be paired up with . But when they share the cage on July 9, he wants more than Masvidal’s signature “three-piece and a soda” (via MMA Fighting):

“I definitely thought that,” Askren said. “I thought Leon was getting the fight for sure. Besides that, Jorge was making excuses that whole week about why he didn’t want to fight me. He wouldn’t say my name, it’s a little thing that he does.

“And Jorge needs to know that I don’t get full on a three-piece and soda. He better the whole damn family meal for that night.”

Masvidal was unable to make the press conference today, but that didn’t stop he and Askren from insulting each other on social media: