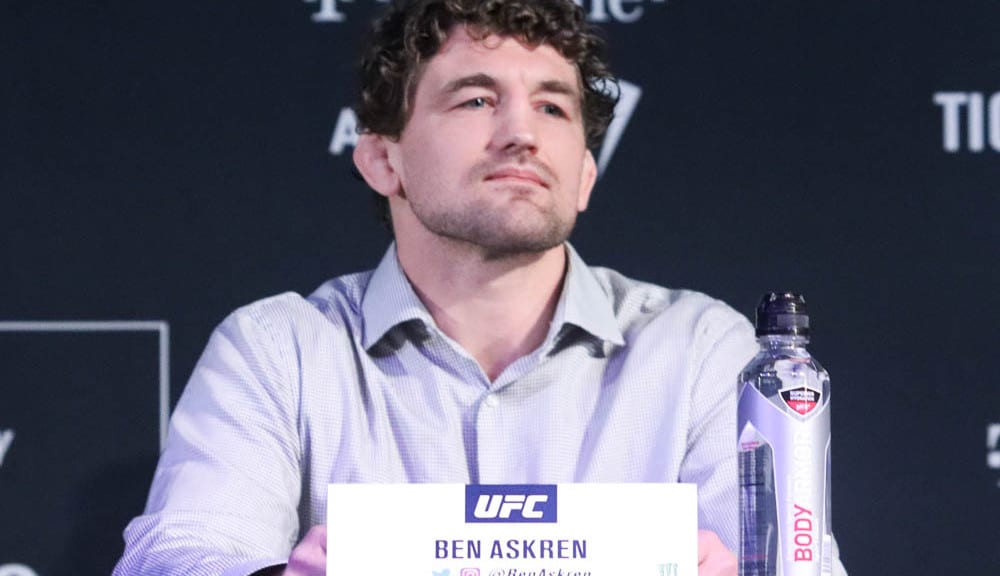 Ben Askren reacts to the way that the latest fight featuring Darren Till went inside of the Octagon.

Till dropped a second round knockout loss to Jorge Masvidal in the headliner of UFC on ESPN + 5 (also known as UFC London). The show went down on Saturday, March 16th at The O2 Arena in London, England.

Coming into the fight, Askren and Till had shared words about a potential fight that appeared to be happening. Askren is known to get under the skin of fighters and appears to do just that with Till.

However, with Till dropping two straight losses and Askren still on a winning streak, it appears that this fight will have to wait. Askren seems to have that same mindset as he noted in his reaction that he is sad to see how Till loss. He wrote the following on his official Twitter account:

“Kind of sad about Till, that was gonna be a lot of fun.”

Askren then turned his attention to Masvidal after going for Leon Edwards backstage at the event:

“Masvidal just started a fight backstage with Leon Edwards so he doesn’t have to fight me next.”