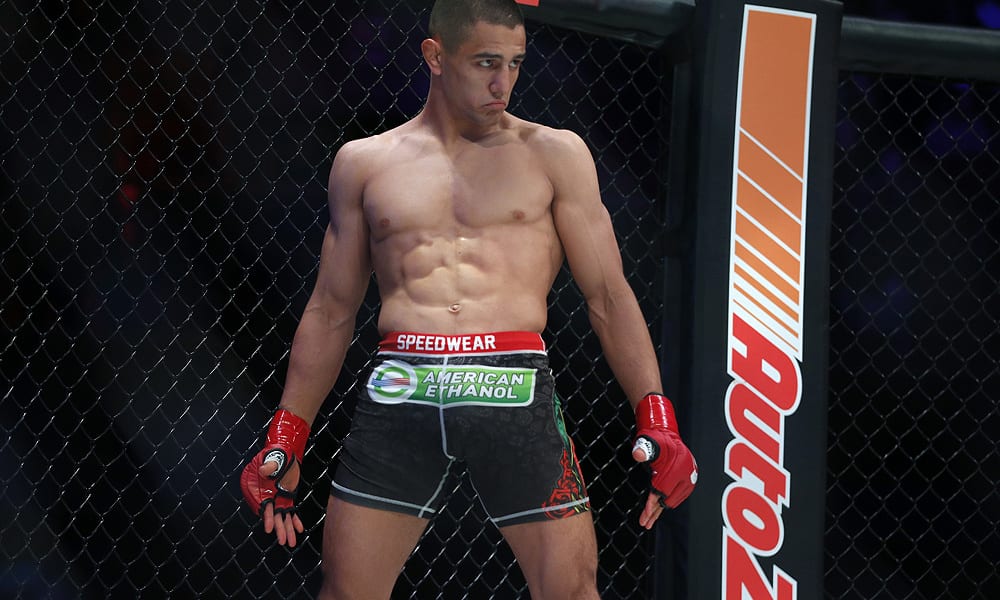 Bellator lightweight prospect Aaron Pico will be training at JacksonWink MMA, at least for his next fight camp.

ESPN first reported Tuesday that the 22-year-old would be making the move to one of MMA’s most famed gyms ahead of Bellator 222. Sherdog would later confirm the move after speaking with gym general manager Michael Lyubimov.

Bellator 222 takes place June 14 at New York’s Madison Square Garden. Pico doesn’t have an opponent named as of yet, but will be looking to get back on the win column again.

Pico notably made his highly-anticipated MMA debut at Madison Square Garden in 2017 where he suffered a shock first-round submission defeat to Zach Freeman.

The former freestyle wrestler would go on to win his next four fights via knockout before most recently getting knocked out by Henry Corrales at Bellator 214 in January.

Pico was previously training with Team Bodyshop MMA in California. He has also worked on his boxing with Freddie Roach at Wildcard Gym while doing his strength and conditioning at The Treining Lab alongside the likes of TJ Dillashaw and Cub Swanson.

Now he’ll be training at the same gym that is home to the likes of light heavyweight champion Jon Jones, Holly Holm, Michelle Waterson, Diego Sanchez and more.

What do you make of this move?