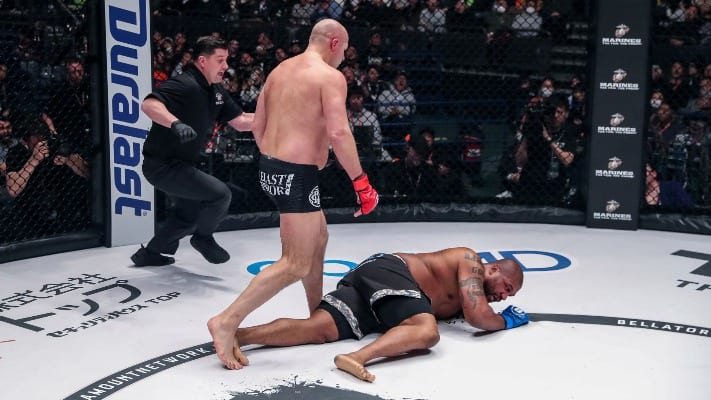 The Bellator 237 medical suspensions are in following this past weekend’s event from the Saitama Super Arena in Saitama, Japan.

In the main event of the night, Fedor Emelianenko downed Quinton “Rampage” Jackson via knockout. Now, Jackson has received a 60-day medical suspension, while Emelianenko received no suspension. Other fighters such as Shinsho Anzai and Sidney Outlaw, who also suffered knockout losses, also received 60-day suspensions.

Check out the full medical suspensions here below.

What do you think about the Bellator 237 medical suspensions?