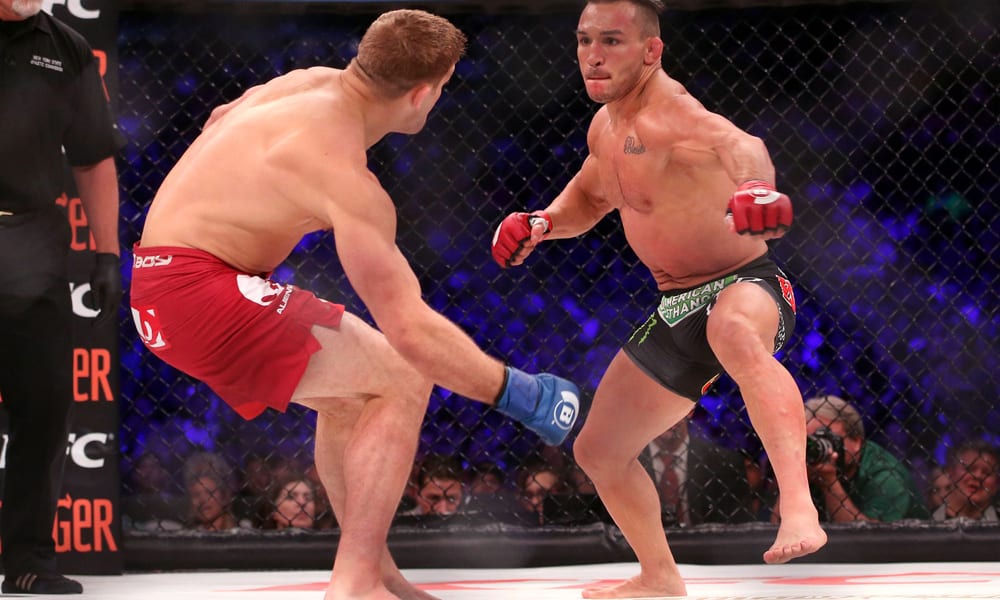 Michael Chandler met Brent Primus in the main event of Bellator 212 on Friday (Dec. 14, 2018) night. “Iron” Mike did not disappoint.

Also known as “USO’s Salute to the Troops”, Bellator 212 at the Neal S. Blaisdell Center in Honolulu, Hawaii was headlined by the anticipated lightweight title rematch between Chandler and Primus.

The rematch was 18 months in the making but it lived up to the wait.

Chandler wasted little time stalking Primus and clipped the champion with a big left hand early in the first. The champ regained his composure on the ground and nearly finished the fight in the second round via rear-naked choke.

The third and fourth round would see Chandler batter the champion for the majority of the frames.

The fifth and final round would see the champion scramble for a submission as he is most likely going to lose a decision. However, Chandler’s top game was much too dominate for Primus.

Chandler beats Primus and becomes the only three-time champion in Bellator history.