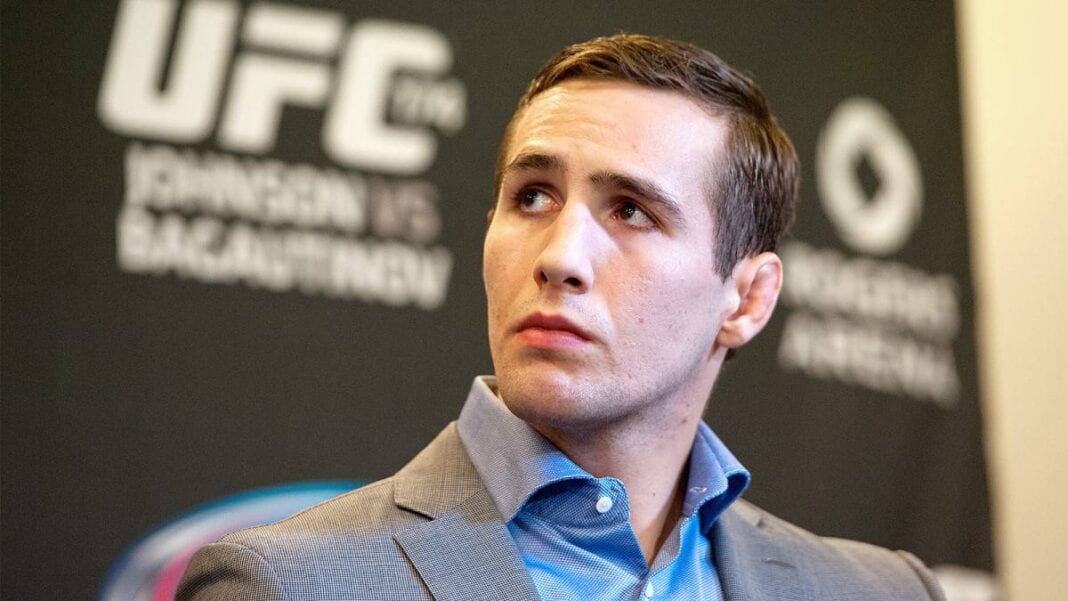 Dana White may have just made a Canadian psycho unhappy with talk of Lawler vs Hendricks 3…..

UFC 181 fully delivered last night (Dec. 6th, 2014), in equal parts excitement and controversy on the main card. Anthony Pettis made his first successful defense of his lightweight title, blasting Gilbert Melendez in two rights and finishing with a submission. The main event between Robbie Lawler and Johny Hendricks was a close affair, and saw “Ruthless” snatch the belt with a split decision.

Two fights, two exciting five round burners and one victory each. That being said, the decision this time around my have been a little more controversial. UFC President Dana White doesn’t seem to think so though, and he quite likes the idea of a trilogy match next:

“I say to these guys all the time: don’t leave it in the hands of these judges. You’ve gotta stand up and you’ve gotta go for it. I thought Johny looked good standing up. He was getting off, he was landing some punches. But then he’d go for that shot and just sit there and waste time.”

“I talked to (UFC matchmaker) Joe Silva, who said, ‘you can’t win a fight with your head between a guy’s legs for three rounds.’ You have to stay busy. So yeah, Robbie Lawler wins this one. The trilogy wouldn’t be a bad idea. “

White also implied that Rory MacDonald’s title shot was not guaranteed. Although the young Canadian was supposed to be next in line for the winner of Lawler vs Hendricks at UFC 181, we all know that nothing is a given in the sport of MMA.

What do you think, should Lawler vs Hendricks 3 be next, or does MacDonald deserve the shot more than the champion who lost in his first defense?