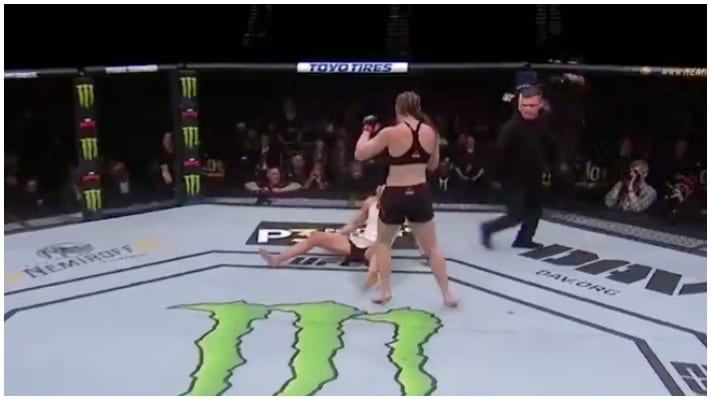 Aspen Ladd returned to the win column in emphatic fashion.

Coming off her first professional loss to Germaine de Randamie earlier in the year, Ladd took on Yana Kunitskaya in main card action at UFC DC on Saturday night.

After a back-and-forth first two rounds, Ladd came out with a bang to start the third round as she dropped Kunitskaya with a left hook. She then landed a ton of ground and pound until the referee saw enough and called an end to the fight.

What did you think of Ladd’s TKO victory over Kunitskaya?