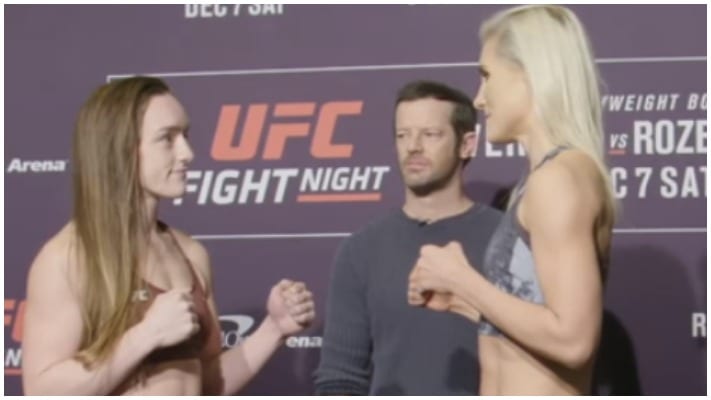 Next up on the UFC DC main card is a women’s bantamweight bout between Aspen Ladd and Yana Kunitskaya.

Round 2: Ladd starts aggressive with her striking. Both fighters continue to strike before Ladd applies a body lock on Kunitskaya. The Russian is able to avoid the takedown and has Ladd clinched up against the fence. Kunitskaya lands knees. Ladd eventually gets out and they strike again. Ladd takes Kunitskaya down again with an inside trip. Ladd lands a couple of ground and pound strikes but nothing that hurts Kunitskaya so far. The round ends with Ladd dominating the last minute and a half.

Round 3: Ladd starts the round by dropping Kunitskaya with a big left hook. She unloads with some ground and pound to get the victory.