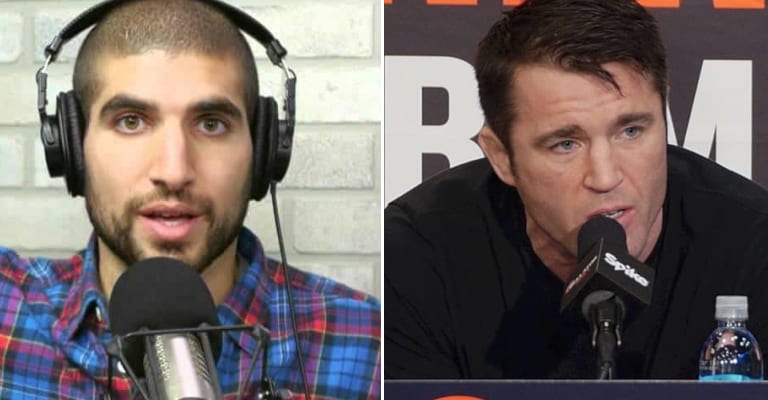 Helwani, who will leave behind his position at MMAFighting.com, where he hosted the popular show ‘The MMA Hour,’ was voted ‘MMA Journalist of the Year’ at the World MMA Awards six times. Helwani will take over in his new position next month, where he will host a show called “Ariel & The Bad Guy” with Sonnen on the networks streaming service ESPN+. He will also take “The MMA Hour” with him, where it will be titled “Ariel Helwani’s MMA Show.”

He covered the UFC on FOX a few years ago but was removed from his post after politics and issues with UFC forced him out of his position.

“Ariel is a dynamic and talented insider whose insights and acumen will expand and enhance our multimedia coverage of the mixed martial arts world. Pairing Ariel and Chael, the insider and the fighter, on ESPN+ is going to make for an energetic and engaging show that will be must-see for any MMA fan.”

Helwani and Sonnen’s move to ESPN follows the UFC’s new media rights deal with the network, which will officially begin in 2019. The UFC will no longer feature live content on FOX or FOX Sports, and will instead rebrand those Fight Night cards as UFC on ESPN.

Helwani himself released a statement on the announcement and expressed his excitement over the move to ESPN:

“For as long as I can remember, my dream has been to work at ESPN. I know the term ‘dream come true’ is often overused, but this is truly that for me. Growing up in Montreal, we didn’t get ESPN, but any time my family would travel down south I would stay in our hotel room as long as possible watching the morning ‘SportsCenter’ on loop. I’ve loved all things ESPN since I was a kid, and in all honesty, it still feels a bit surreal that I am joining the gold standard in sports media. I couldn’t be more excited to get started and am extremely thankful for the opportunity.”