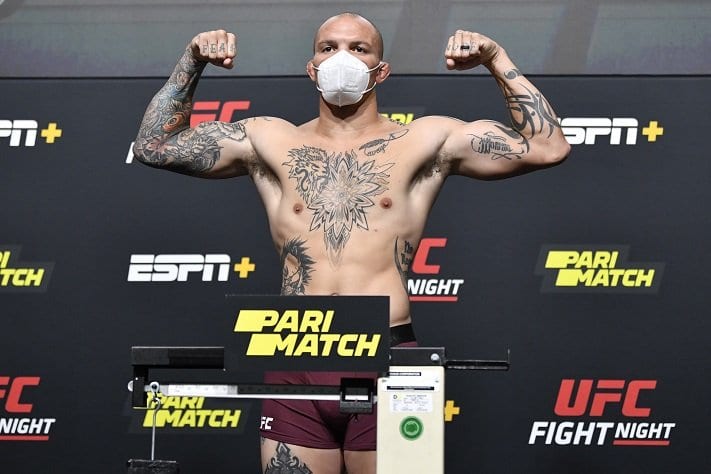 Anthony Smith will be taking on Jimmy Crute in light heavyweight action.

Crute was initially set to face Johnny Walker on the UFC’s upcoming March 27 card. However, Walker had to pull out due to injury and will now be replaced by Smith. Additionally, the fight will be rescheduled for the UFC’s April 24 event.

It’s something that pleases Crute as he believes Walker is ducking him. Instead, he will now get a bigger opponent in former title challenger Smith.

“A wise man called @danielkellyjudo once told me “in a sport that’s supposed to be full of tough guys you’d be surprised at how many pussies there are in this sport” very true words. Disappointed that my opponent has ducked me yet again but I can’t say that I am surprised that being said I can’t express how excited and grateful I am that a true fighter has decided to step in and fight me. This is a better fight , better name and bigger challenge but I’m ready for it.”

As far as Smith is concerned, he’s happy to give Crute an opportunity and is also excited about the matchup.

“He’s a good kid and he deserves it, it’s a tough fight for sure,” Smith told ESPN.

Smith recently snapped a two-fight losing streak with a submission win over Devin Clark in November.

Crute, meanwhile, is on a two-fight winning streak following a submission win over Michal Oleksiejczuk and a knockout victory over Modesta Bukauskas. In total, he has won four of his last five outings since signing wih the UFC in 2018.