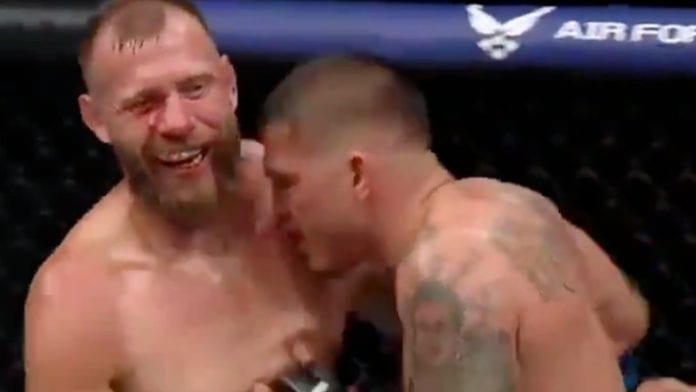 There was no revenge for Donald Cerrone against Anthony Pettis.

The pair met in a welterweight rematch in the featured prelim bout of UFC 249 in what turned out to be a back-and-forth brawl with both fighters having their moments.

There was some controversy in the final round as the referee seemed to have missed an eyepoke from Pettis on Cerrone. However, “Cowboy” ended the fight strong and appeared to have done enough to earn the decision.

That wasn’t the case as all three judges scored the fight in favor of Pettis.

Did you agree with the decision?