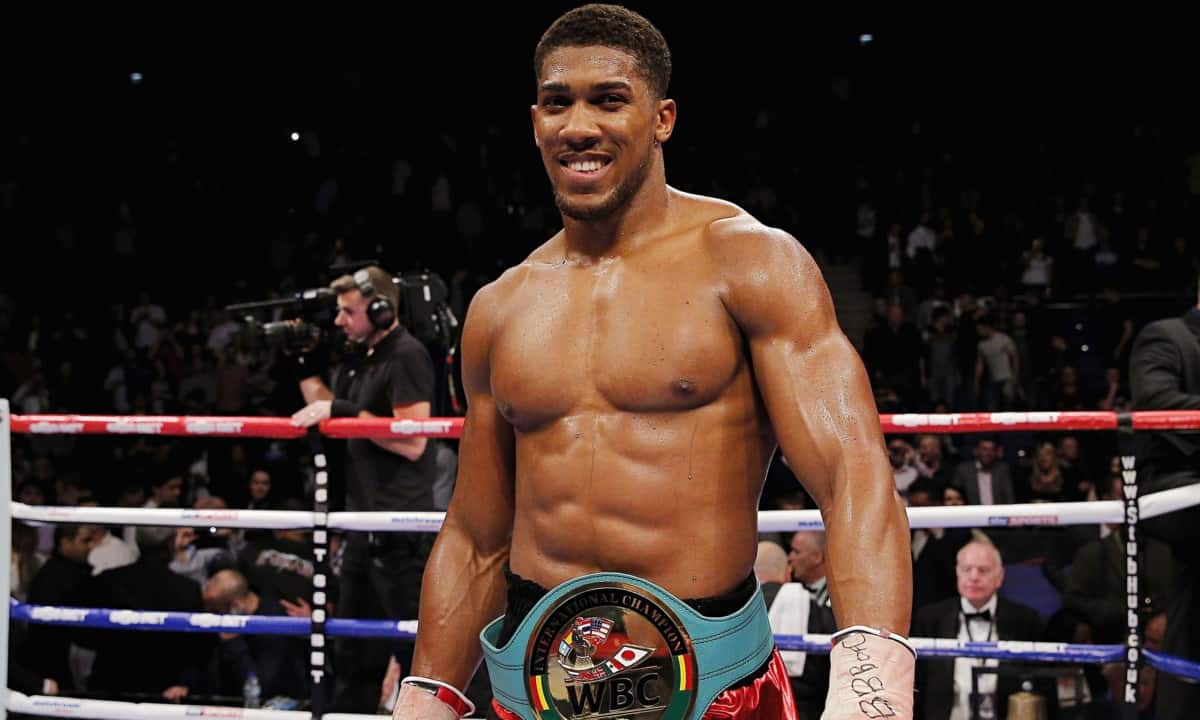 So much so that the UFC has reportedly offered Joshua $500 million contract to sign with ZUFFA Boxing, a subsidiary that was created amidst Mayweather vs. McGregor over the summer.

Joshua responded to the offer during a conference call with the press yesterday and said he was “all ears” in considering the UFC’s contract:

“If it’s good business, it makes sense. I’m not in the business and I’m sure Eddie (Hearn) isn’t in it to say, ‘Oh, Dana White, we’re not interested in working with you,’ when we don’t know what’s on the table. We’ll listen and a hundred percent, if it makes sense, we’re all ears, man. So I’m happy that Dana’s coming into the game. Hopefully, he can add some excitement, and we can progress forward and make some good money and make some good fights.”

Joshua is widely considered the best heavyweight in the world right now, and a high-profile super fight against WBC heavyweight champion Deontay Wilder hangs in the balance should Joshua get through Joseph Parker on March 31.

White’s love of boxing reared its head once again when he agreed to let his lightweight champion take on Mayweather in a boxing match that has apparently stoked the flames for White’s passion for boxing.

UFC heavyweight champion Stipe Miocic has expressed his desire to fight Joshua in some way or another, and a deal between the UFC and the boxing champ could bring that idea closer to reality.

Do you see Joshua signing with the UFC? Is this attempt indicative of the UFC’s desire to expand into boxing?