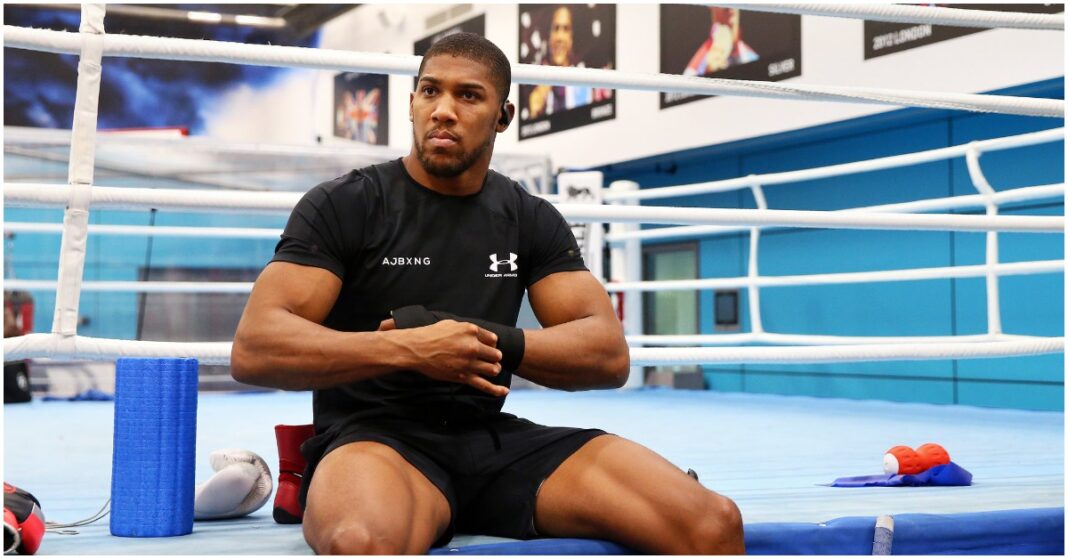 Former heavyweight champion, Anthony Joshua, has been filmed confronting a group of students after they verbally taunted the boxer.

‘AJ’ is usually a very calm and composed figure and to see any kind of outburst, especially at this stage in his professional career, is rare. It seems though, that a group of students thought it wise to shout abuse at Joshua from their halls of residency, expecting Joshua not to react.

Joshua, however, had other ideas. It seems that the two-time heavyweight champion entered the student accommodation in order to confront the group, eventually finding his way to the flat. He can be seen on video standing in the living room area, berating the students who stand awkwardly in silence.

“Remember you’re running your mouth,” Joshua says. “Because when I bring people up here and I start cracking your glass jaws, none of you will like it.”

“When your jaws start breaking and people start chasing you out of this uni, none of you will like it. Watch your mouths because you don’t know who you’re talking to sometimes. I know, listen, all that public eye bullshit, I ain’t into all that.”

What’s Next For Anthony Joshua

Joshua is reportedly in training camp for his rematch with Oleksandr Usyk, who snatched the belts from the Brit last September. According to his promoter, Eddie Hearn, the bout is expected on July 23rd, with the Middle East expecting to host the colossal event.

“The fight, as we know, is done and we’re just waiting to confirm the venue for that fight which we’re very close to doing.” Hearn said talking to BBC 5 Live. “July 23rd in the middle east is a frontrunner – it’s not signed yet but we are nine weeks away so you will get an official announcement next week.”

There will also be some major changes this time around for the former champion, most prominently in his corner. Former assistant coach, Angel Fernandez, has received a promotion and will now be Joshua’s head coach after Rob McCracken received wide criticism for his performance during the first Usyk fight.

What do you think? Was Anthony Joshua right for what he did?