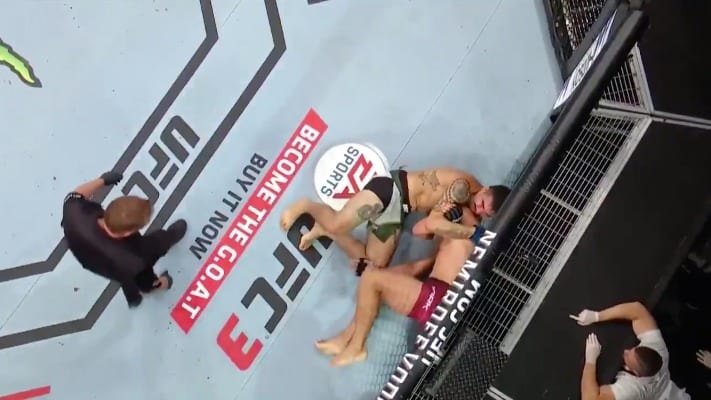 We have another finish to pass along from the UFC Shenzhen card in China.

Anthony Hernandez vs. Jun Yong Park in a middleweight bout closed out the ESPN+ preliminary card. Hernandez was able to overcome early adversity and got the fight to the ground with a takedown in the second round. After initially going for a modified guillotine choke, “Fluffy” transitioned to an anaconda choke.

Although there were about 20 seconds left in the round, Park was forced to tap out. It was quite the redemption win for Hernandez, who dropped a second-round submission loss via anaconda choke to Markus Perez his last time out in February.

LowKickMMA’s coverage of UFC Shenzhen continues on right now. Click here for our live UFC Shenzhen results, which will be updated throughout the night.