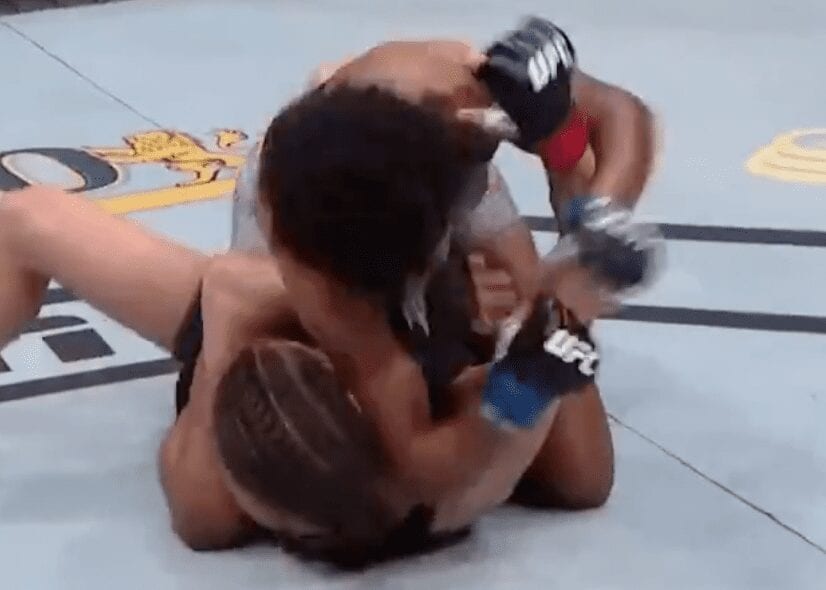 Angela Hill made it two TKO victories in a row.

Facing Hanna Cifers in enemy territory at UFC Raleigh on Saturday night, the first round was mostly a striking contest with Hill having the slight edge.

However, in the second round, Hill took Cifers down and eventually moved to mount. From there, she landed a number of brutal elbows to a bloodied Cifers who wasn’t giving up and continued to fight back.

However, Hill kept landing strikes and eventually the referee saw enough to give her the win.

What did you think of the finish and Hill’s performance?