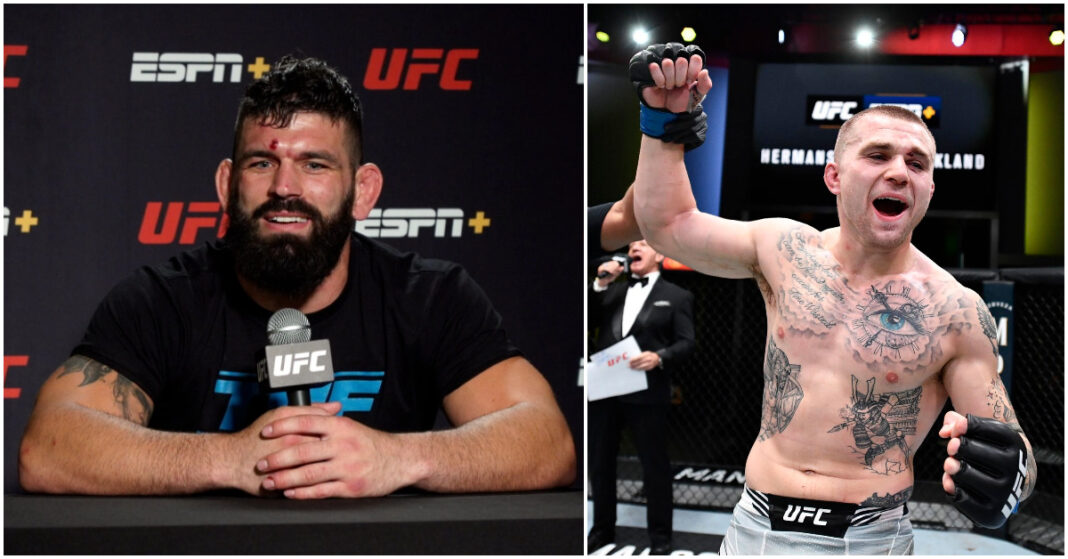 UFC middleweight Andre Petroski is excited to be the first man to beat Nick Maximov at UFC Fight Night: Blachowicz vs Rakic.

Andre Petroski made his way into the UFC three years after turning pro in 2018. As the former Art of War middleweight champion, he was featured on the returning season of The Ultimate Fighter 29 under the wing of coach Brian Ortega. Racking up seven wins in his career so far, he has proven to be one of the most exciting fighters with four knockouts and three submissions.

In an interview with LowKick MMA, Andre Petroski spoke about his upcoming fight with Nick Maximov, who goes into the bout undefeated with eight wins at UFC Fight Night: Blachowicz vs Rakic this May 14. Being a purple belt in BJJ, Petroski will take on another BJJ pro in Maximov, who holds a brown belt from Nick Diaz Academy and is also an All-American wrestler.

“I think he’s going to force the grappling and he’s just going to be one step behind,” said Petroski. “I’m more excited than anything just to be the guy to give him his first loss. I think that they really built him up, they brought him up. He hasn’t fought the toughest of competition. They’ve given him favorable matchups so far.”

He revealed that he asked the UFC for Maximov specifically to prove that he’s the best wrestler in the division. Having accumulated three first-round finishes, Petroski maintained his 100 percent finish rate in his first two fights in the promotion. He’s confident that he has the abilities to hand Maximov his first loss and expressed his desire to fight as much as possible.

Petroski is looking to fight as much as possible

Andre Petroski has become a reliable athlete for the UFC who has shown the willingness to fight as much as possible. Stepping in on numerous short notice fights, he feels good to have a proper training camp going into his bout with Maximov. He’ll be returning to action after his most recent outing against Yaozong Hu, who he managed to submit with an arm-triangle choke just seconds before the end of the contest.

He gave a big shout-out to his team, Marquez MMA, an affiliate of the Daniel Gracie team, as he made the case for them to be the team of the year in the UFC. The team stands 13-0 in the promotion with eight finishes to its name.

“Tune in and check our team out, man. I’m telling you, we’re the best team. I can’t name one other team that’s 13 and 0 in the UFC right now,” Petroski said. “I don’t know why we’re not being nominated for the team of the year. You guys gotta tune in!”

Will Andre Petroski hand Nick Maximov his ever loss?