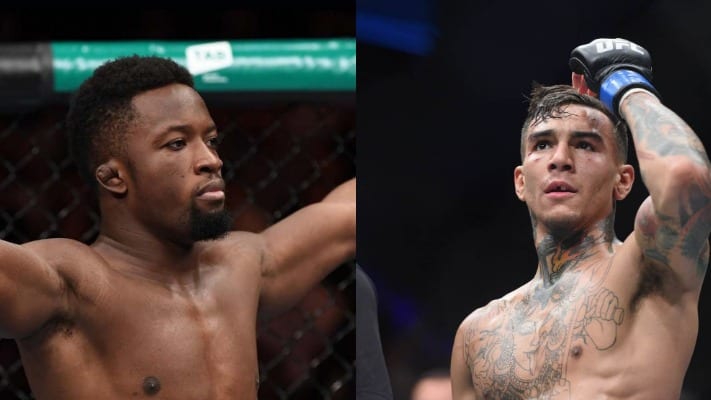 A featherweight bout between Andre Fili and Sodiq Yusuff is slated for UFC 246 which takes place January 18.

The news was reported by MMA Junkie who confirmed the matchup with someone close to the situation.

Fili has won four of his last five outings and is coming off a first-round knockout of Sheymon Moraes back in July. Yusuff, meanwhile, is unbeaten in the UFC with three victories so far. His last outing was at UFC 241 where he finished Gabriel Benitez via TKO.

An official announcement of the featherweight matchup is expected soon.

Other bouts taking place at UFC 246 are as follows:

UFC 246 has no official location as of yet but is expected to take place in Las Vegas. Conor McGregor previously announced that he would be making his return on the card with his opponent likely to be Donald “Cowboy” Cerrone.

However, as the days go by, it’s becoming more and more uncertain if the former lightweight champion will in fact be competing on the card.

What do you think of Fili vs. Yusuff?