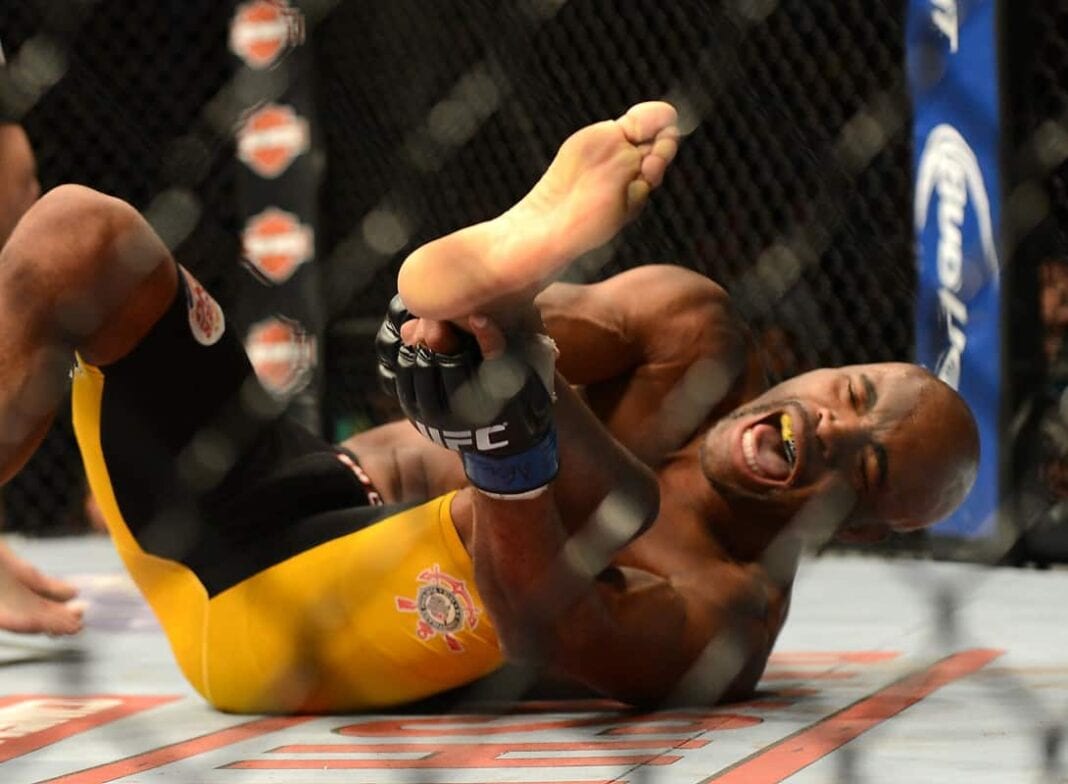 We all saw the war between former UFC middleweight champion Anderson Silva and Michael Bisping in the main event of UFC Fight Night 84 this past Saturday night in London. However, we learned some things on Monday that we didn’t know when the fight was happening.

In the fight, Silva believed that he cracked his surgically repaired leg, and moved a screw in his leg in the first round when he threw a leg kick. Of course, Silva underwent leg surgery after breaking it in a rematch with Chris Weidman at UFC 168.

Silva’s coach Luiz Dorea commented on his injury in an interview with MMAFighting.com.

“He felt a kick he landed in the first round, thought he cracked his leg and a screw moved,” Dorea said. “That limited his movements, made him stop attacking for a moment. I asked him to attack, but he said ‘professor, I’m feeling it, I have no confidence’. I said ‘use your heart, you’re Anderson Silva, go after him’. That slowed him down a bit. Bisping attacked more, but less effectively. Anderson was more effective. I hope the commission reviews this result because this is bad for the sport. Even Dana White saw that way. Everybody knows who won the fight.”

Silva did suffer a leg injury, but luckily, Silva is fine. He underwent exams after the fight and will avoid surgery.

Silva is now setting his sights on a return to Brazil at UFC 198.

Silva has already said he is interested in a rematch with Bisping and wants to fight soon, so it’s a possibility that the two meet once again.