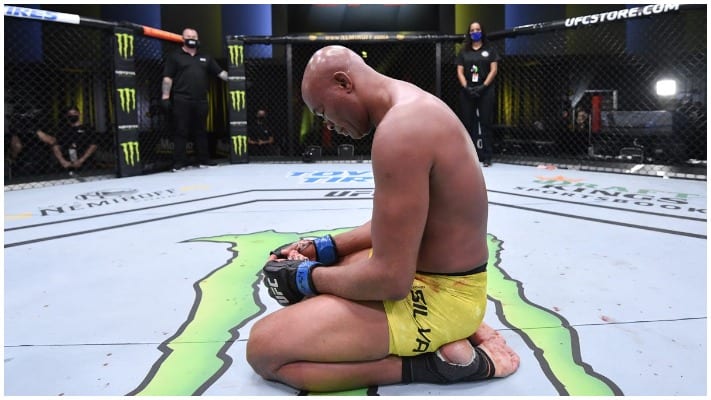 It looks like Anderson Silva will be continuing his mixed martial arts career.

Silva seemingly competed in his final UFC fight last month after suffering a fourth-round TKO defeat at the hands of Uriah Hall. UFC president Dana White was notably adamant that was his last fight with the promotion and went on to strongly urge him to consider retirement.

That was despite “The Spider” having one more fight on his UFC deal as many in the combat sports world were questioning what would happen if Silva wanted to compete while still being contracted with the Las Vegas-based promotion.

However, it was later reported that Silva had departed the UFC which was confirmed as much by White.

And Silva, 45, appears to be ecstatic with that development as he recently took to social media to provide an update and notably claimed he was no longer being forced into retirement.

“Hey everyone…I didn’t want to talk about this subject, especially because I’m on vacation and as the saying goes, “a deal is a deal” I’ll make it clear to all my fans that this is a moment of joy and gratitude!!! I feel free, after an attempt to force my retirement!

“I love and have always loved what I do, winning and losing are a part of it, it has absolutely nothing to do with age, I made technical mistakes and lost, but I didn’t lose what’s most important, the will and the desire to continue doing what I love, I still have the warrior spirit and that burning flame in my heart that motivates me, I have total belief that I can continue to compete in the elite of MMA. I take this moment to reflect about my career and to plan my next moves… Stay Tuned!!! 😉🙏🏽”

It will certainly be interesting to see where the former longtime middleweight champion ends up fighting as despite his winless run, he has still shown to be competitive for his age.

Where do you think Silva will end up?