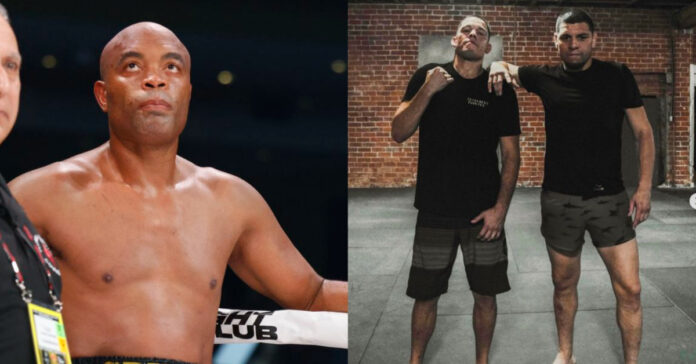 Silva is scheduled to take on influencer turned-boxer, Jake Paul, in a professional contest later this month. The 47-year-old has enjoyed a successful switch to boxing after parting ways with the UFC in 2020.

Winning against Julio Cesar Chavez Jr. and Tito Ortiz and then out-striking and dropping Bruno Azeredo in an exhibition where winners are not declared, Silva will look to continue his winning ways on October 29.

As part of his media tour, Silva spoke to The Last Stand podcast, he would remark that the fan-favorite Diaz brothers could themselves make a successful transition to the squared circle.

“Let me tell you something, the Diaz brothers have amazing boxing,” Silva said. “This guy in this sport can do something very, very special.

“You know, Nick and Nate have very good boxing, both. I think he’s amazing. I respect both. I love both.

“The guys make a lot of fights special for the MMA community. The guys have a long, long, long traditional life inside the MMA sports. The people need to respect both because they are amazing fighters.” (H/T GIVEMESPORT)

Silva will take on Paul at a catchweight of 187lbs at the Gila River Arena in Phoenix, Arizona. For American fans, the pay-per-view will cost $60 dollars while the UK price is expected to be around $20.