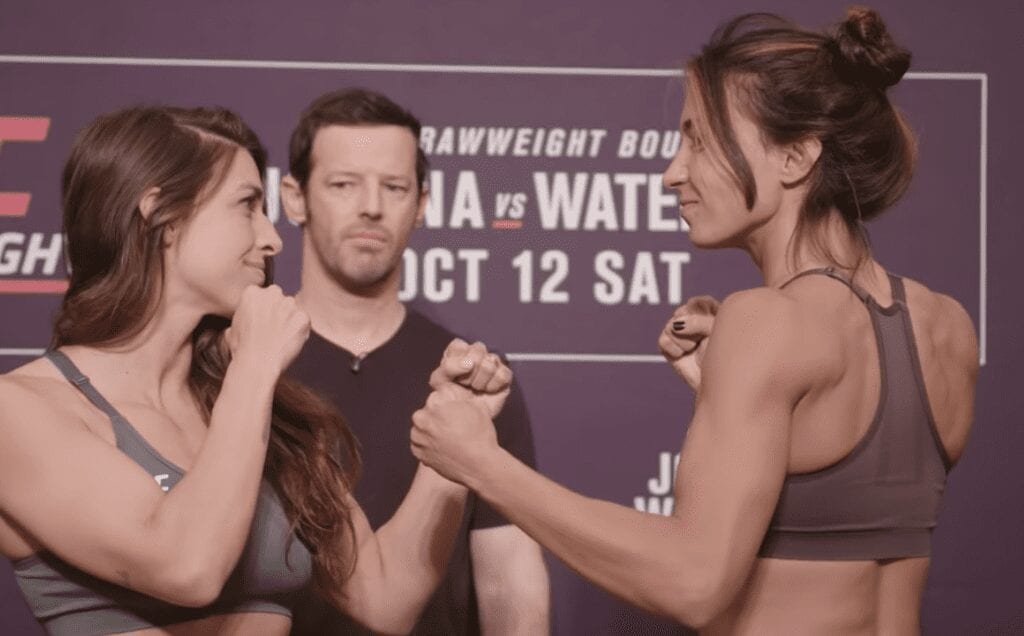 Next up on the UFC Tampa main card is a women’s strawweight bout between the returning Mackenzie Dern and Amanda Ribas.

Round 1: It’s a standup battle between the two jiu-jitsu black belts and Ribas is the one who looks sharp, landing the cleaner strikes. Dern goes for a takedown but Ribas quickly gets up. Ribas continues to land more forcing a takedown attempt from Dern. However, Ribas counters with an impressive judo throw as Dern looks to attack with submissions off her back to no avail. This round goes to Ribas.

Round 2: Ribas continues to have the edge in the striking and has landed three times (21) as many significant strikes as Dern. Dern goes for another takedown but it is stuffed by Ribas who continues to land strikes. Dern is clearly struggling in the standup. She attempts another takedown which is stuffed but a scramble sees Dern end up on the bottom. Ribas quickly gets up and the fight remains standing for the final 30 seconds of the round.

Round 3: It’s a repeat of the second round as Ribas continues to dominate the striking as she stuffs another Dern takedown attempt. Dern attempts a wild overhand right which misses. Ribas lands a nice one-two. This has been a masterclass by the Brazilian. She ends the round going forward and looking for a finish on Dern. We have a clear winner here.