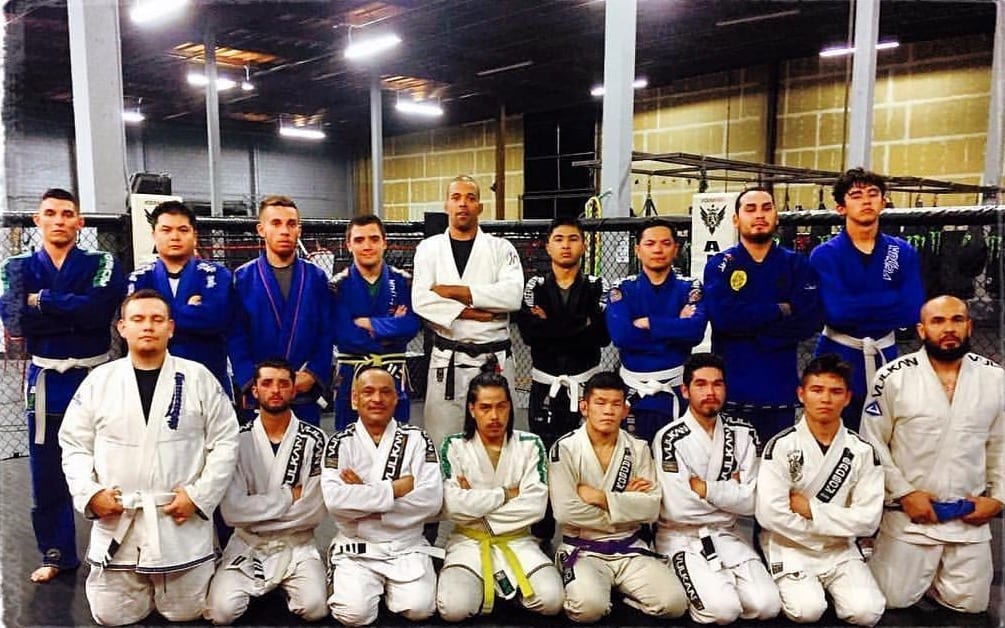 How was Alliance MMA established?

Alliance MMA was established in 2007 by pro MMA fighter Brandon “The Truth” Vera and coach Eric Del Fierro. Early in his career, Vera trained with black belt and then moved to City Boxing in San Diego.(Not related to the City Boxing Gym in Auckland, New Zealand.)

Vera was part of the management team at City Boxing and was also a trainer. In 2006, he parted ways working with this gym and went out to set up his own.

What he set up along with Eric Del Fierro would become one of the top MMA gyms in the world.

There is some confusion that comes up when talking about Alliance MMA. There is Alliance MMA and another school called Alliance BJJ.

Many assume that the gyms are connected, but there is actually no relationship between the two. Alliance BJJ is an affiliation of BJJ schools that was founded by Fabio Gurgel and Romero Calvacanti in 1993.

Alliance MMA was initially created to form a pro fight team within the San Diego area. It then transformed into a training facility that offered  various martial arts classes to all skill levels and kids.

The former UFC veteran and current One FC champion was one the people behind creating Alliance MMA. Vera was introduced to MMA by BJJ black belt Lloyd Irvin, who coached Vera in his first pro MMA fight.

Vera then moved to San Diego after taking a trainer’s position at City Boxing. There he worked under owner Mark Dion and was coached by Dutch kickboxing legend, Rob Kaman.

The relationship between Vera and City Kickboxing would last for 4 years and he was even made a business partner.

Then in 2007, Vera decided to leave City Boxing and start his own gym, which would become Alliance MMA.

Brandon Vera founded Alliance MMA, but the architect behind the gym’s success is head coach and owner Eric Del Fierro.

Del Fierro is an unsung hero of Alliance and the coach behind the success of numerous fighters since 2007. Eric had been working with Vera early on in his career and they developed a close relationship with one another.

When Vera wanted to start his own MMA gym, he wanted Del Fierro to lead his MMA gym. He is an unsung hero of the gym that isn’t talked about as much as his fighters.

Which is by design since Del Fierro is an introverted person and prefers that his fighters take the spotlight. At first during the early years, Del Fierro would rarely accept interviews with the media. Later on when his fighters started getting success, he began to open up to doing more interviews.

In his over 20 years of coaching, Del Fierro is among the most accomplished MMA coaches in the world. Under his guidance, he has led his fighters to nearly 10 world titles and numerous title defenses.

Alliance has been producing elite fighters since 2007 and are still producing championship caliber fighters. Here are some of their most known fighters.

We’ll start with the gym’s founder and the first professional out of the gym, Brandon “The Truth” Vera. During the UFC’s explosion in popularity after TUF, Vera was one of the young stars of the promotion.

After going 7-4 in the promotion, he was offered a contract by Asian MMA start up One FC. At One FC, he would win the promotion’s inaugural heavyweight championship.

After winning the title, the Flipino fighter would become a superstar in the Philippines. Eventually moving to the country and starring in TV shows there to go along with his fighting career.

One of the best bantamweight fighters of all time has called Alliance home since the gym opened. Dominick Cruz is an innovator and one of the only fighters to win multiple UFC Bantamweight Titles.

He would first dominate the WEC, winning 7 of his 8 fights with the promotion. Including winning the WEC championship before the promotion merged with the UFC.

Cruz would then win the inaugural UFC Bantamweight title and defend it twice. Unfortunately Cruz was plagued by knee injuries and was forced to vacate the title.

Dominick would be on the shelf for 3 years before coming back and winning the title again. Then would be shelved with another injury before returning to fighting in 2020. Even though Dominick lost years of his career due to injury, he is still ranked as an all time bantamweight fighter.

Another long time member of Alliance MMA is Mr. Wonderful, Phil Davis. Davis made his name for years as a top 10 light heavyweight in the UFC.

After going 9-3 in the promotion, Davis signed with Bellator after being offered more money. He would fight 2 in one night in his promotional debut winning the light heavyweight grand prix tournament.

Then two fights later, Davis would win the promotions light heavyweight title. Mr. Wonderful has fought some of the world’s best fighters and will continue to do so in the future.

Alliance MMA has cemented themselves as one of the top MMA gyms in the world. The gym has grown exponentially in its 15 year existence and will continue to grow.

Today, Alliance MMA has 4 different training facilities open including 3 in the San Diego area and one in the Philippines. Vera and Del Fierro have turned the Alliance MMA brand global and will continue to grow their academy. Producing top level fighters from all around the world.