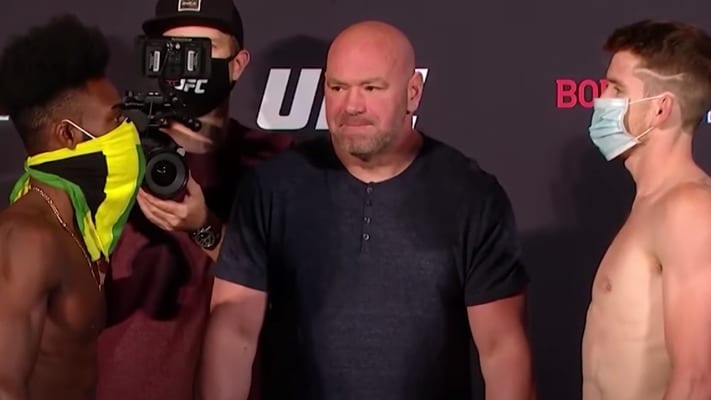 Next up on the UFC 250 main card at the Apex facility is a pivotal bantamweight fight between Cory Sandhagen and Aljamain Sterling.

Round 1: Sterling comes out aggressive. Sandhagen attempts a body kick but it’s caught by Sterling who takes his back. Sterling attempts a rear naked choke and looks like he’s locked it in but Sandhagen manages to survive as he looks to get out of a bad position. However, Sterling adjusts and manages to lock it in again as Sandhagen taps before going to sleep. Huge performance from “Funk Master”!