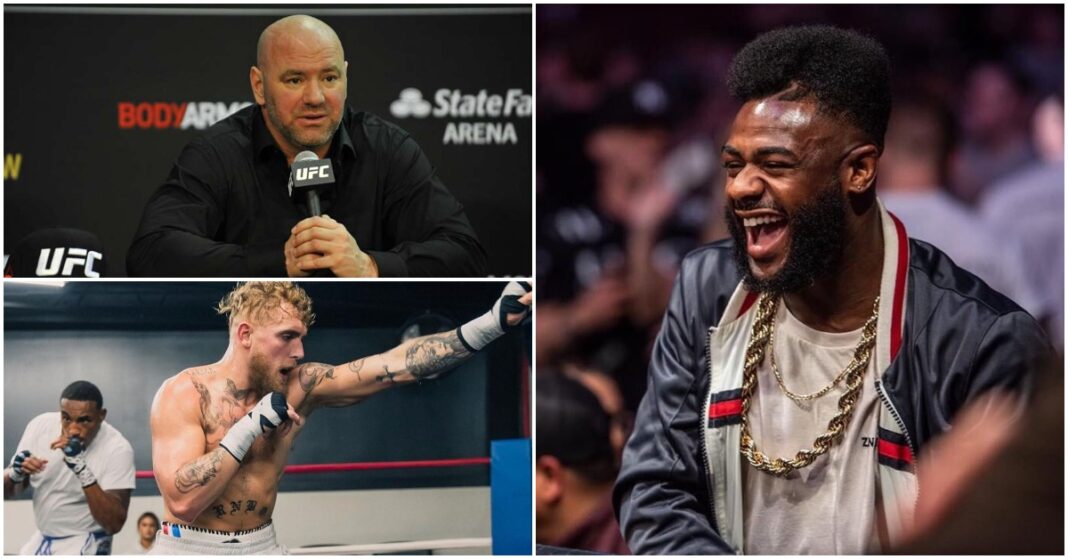 The YouTuber recently knocked out Tyron Woodley and immediately began to call out some of the biggest current UFC stars including Conor McGregor, Jorge Masvidal, and Kamaru Usman.

White has never competed professionally, however, was continually linked to a grudge match against former promotional light heavyweight champion, Tito Ortiz back in 2007 but the bout failed to come to fruition but. The UFC boss is believed to have decent boxing skills but at 52-years-old it seems nonsensical for Paul to be lining up a fight with him.

The UFC bantamweight champion wants to see Paul and White settle their ongoing beef inside the boxing ring.

“He should fight Dana, that would actually be hilarious,” Sterling said on his YouTube channel. “I think Dana might actually beat him up though cause Dana is his size and Dana’s actually boxed, I don’t know if he boxed like professionally, I think he might’ve done couple of amateur fights.

“But I think Dana got like decent hands and I think he’s watching a fight where he would be okay, just the cardio. They should fight, like that’s the fight to make right now.”

White is yet to react to making Paul’s bucket list but the odds of him dusting off his boxing gloves to fight the internet celebrity seem extremely high.

Sterling, on the other hand, will hopefully be back in action during the first quarter of 2022. ‘The Funk Master’ hasn’t fought since controversially claiming the 135lb title by way of disqualification in March. He’s expected to rematch interim champ, Petr Yan, in the next few months.

Do you agree with Aljamain Sterling? Is Dana White vs. Jake Paul the fight to make?