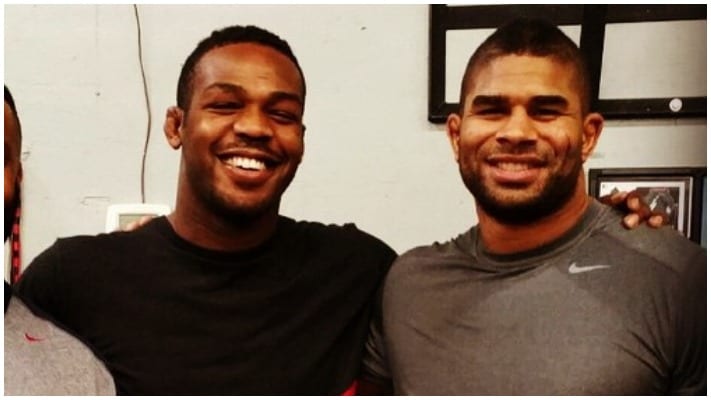 MMA legend Alistair Overeem is the latest UFC heavyweight to call for a fight with long-time light-heavyweight champion Jon Jones who recently relinquished his 205lb title and announced his intention to step up in weight.

Overeem, the former Strikeforce, DREAM and K-1 champion is an old training partner Jones having spent a few years at Jackson Wink MMA in Albuquerque, New Mexico – but that doesn’t mean he wouldn’t take a fight against Jones.

“Yes, I would do it,” Overeem said at Thursday’s virtual media day. “I think it would be a great fight, and I would feel honored.”

Jones has actively been trying to jump the queue at heavyweight but that is not something that concerns Overeem who is focused on fighting Augusto Sakai at UFC Vegas 9 this weekend.

“I’m not too worried about that,” Overeem explained. “(I’m) just focused on the task at hand, and with that being said, I just need to focus on winning my fights, and after that I believe I will get what I want.” (Transcribed by MMA Junkie)

Overeem has openly discussed his desire to have one last run at the UFC heavyweight title. ‘The Demolition Man’ is coming off a huge comeback win against Walt Harris just a few months ago. Prior to that, Overeem suffered a very late knockout defeat against Jairzinho Rozenstruik in a fight he would have certainly won on the judges’ scorecards. In the main event on Saturday he takes on rising star Sakai who is currently riding a six-fight win streak. The Brazilian is looking to pick up the most high-profile win of his career while simultaneously ending Overeem’s final title charge.

Do you think Alistair Overeem is a good opponent for Jon Jones in his heavyweight debut?

Kenny Florian Explains Why He No Longer Works For The UFC