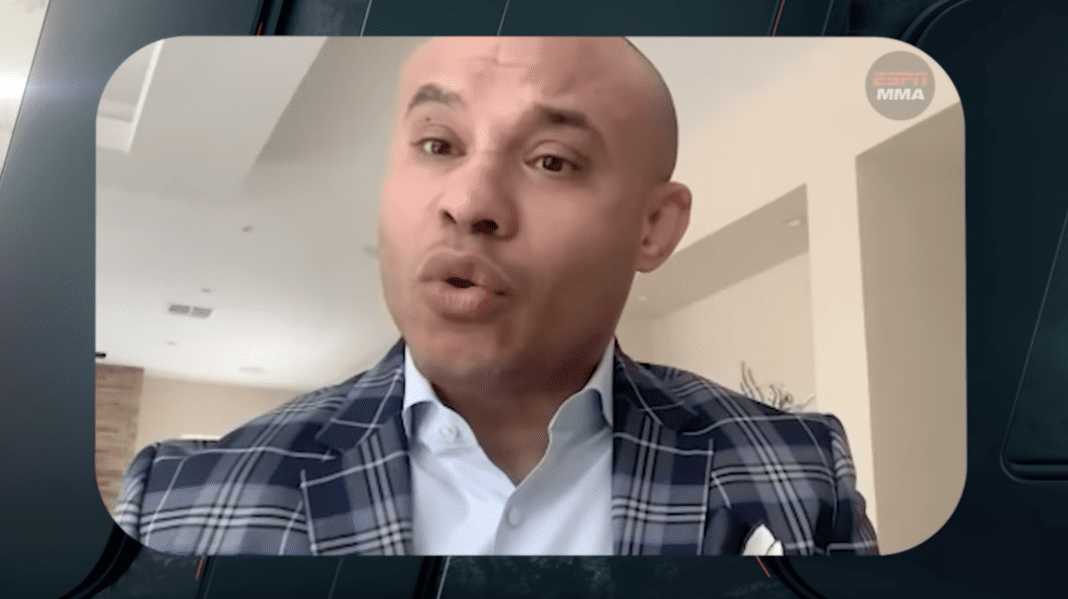 Kamaru Usman wants to stay active, but that doesn’t mean he wants to fight Colby Covington anytime soon, according to his manager, Ali Abdelaziz. Instead, Usman’s wants his next title defense scheduled in June against Michael Chiesa.

After Usman’s devastating knockout of Jorge Masvidal at UFC 261, ESPN’s Brett Okimoto caught up with Abdelaziz to talk about the victory as well as the champ’s next moves. (H/T BJPenn.com)

The comments come after UFC president Dana White revealed that Covington would get the next shot at the welterweight title. Still, Abdelaziz believes that Usman and the UFC will agree on his next move.

“Listen, Kamaru earned every right to do what he wants right now. But, we are respectful to Dana and his wishes and we are going to work together regardless.”

“We will make it happen. Kamaru called me yesterday, he said June 12, let’s do Michael Chiesa. He asked me who had the longest winning streak in the division in the top five or six, I said Chiesa, he said June 12, (Chiesa) doesn’t have a fight. It doesn’t really matter who. He said let’s do Michael Chiesa, ask the UFC if I can fight on June 12. I told the UFC, Kamaru can fight three more times this year.”

Who do you think Kamaru Usman should fight next?