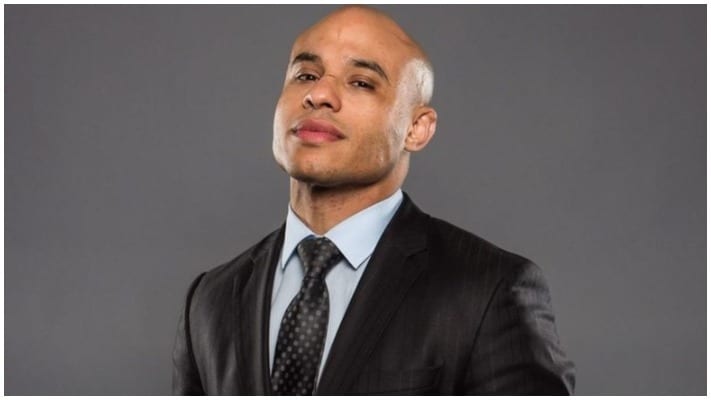 Manager of Khabib Nurmagomedov and many others, Ali Abdelaziz recently spoke with Andy Whitelaw of Asian MMA, and was asked to mention the names of more up-and-coming prospects he’s been working with, such as Khamzat Chimaev, who’s taken us all by storm over the last few weeks. Everyone loves hot new talents, why not give us some more we may not have heard of?

Whitelaw went on to ask: “You have a lot of talent, right, on your roster, and you know, we’ve already seen the process coming. Is there any names that you think is really a one to watch, that should be on our radar that might be linked to ONE. Or, who’s really impressing you right now?”

Abdelaziz replied: “Everybody that comes out, comes out, right? Everybody says, ‘where has this guy been?’. I got ten Khamzat’s. But the guy really to look out for right now, nobody knows him. It’s Usman Nurmagomedov, Khabib’s younger brother who’s fighting in Abu Dhabi this weekend.

“And he is, he’s knocking people out with elbows, you know? And (he’s) from Dagestan, Khabib put Dagestan on the map, but I think Usman can make Dagestan very flashy. He’s the guy we need to look out for, he’s an an-, he’s a phenom. He’s a combine of Khabib, Jon Jones, uh, like Adesanya. He’s a combo of all of that. And honestly, I’m having serious conversations with ONE Championship about him too. He might be the next big thing to come from ONE Championship. Why not?”

Usman Nurmagomedov has since had, and won his fight Abdelaziz mentioned via TKO in round one at UAE Warriors 12, the same event Marc Goddard disqualified Ahmad Al Darmaki at for holding the submission too long, as well as creating an altercation with him afterward. Usman was piecing his opponent up on the feet, walking him down the whole time, before landing a beautiful foot sweep and immediately after landed some vicious ground-and-pound to secure the finish.

Nurmagomedov is a name we’ve been hearing a lot in the MMA world lately. First was Khabib, now there’s Umar, who was supposed to be making his UFC debut earlier this year twice now, but was forced out because of Covid-19, and then because of Abdulmanap’s passing. He’s Khabib’s cousin, he’s 12-0, and he vacated his GFC Bantamweight Championship to join the UFC. There’s Said, who’s currently 13-2, comepting in the UFC’s flyweight and bantamweight divisions, though he’s in no relation to Khabib.

There’s Abubakar, who just made his UFC debut late last year, he’s Khabib’s brother and has a 15-3-1 record. And now there’s Usman, Khabib’s other cousin, though Abdelaziz misspoke and said he’s his brother. Usman looks like he may be headed to ONE Championship with a perfect 10-0 record. He’s finished nine of his ten wins, seven in the first round, with six knockouts and three submissions. He also fights in the featherweight division.