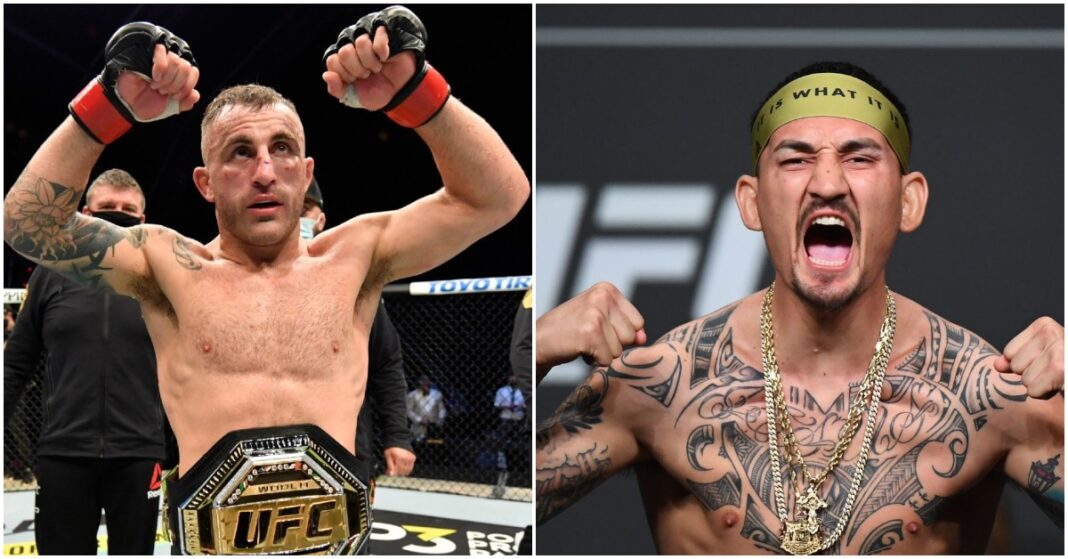 Alexander Volkanovski believes Max Holloway is afraid to accept a 3rd bout against the Australian, following on from his win over Yair Rodriguez at UFC Vegas 42.

Holloway picked up a unanimous decision victory this past weekend in what many presumed for the winner to be next in line for a title shot. Former champion Holloway secured the win, however he didn’t rush to call out Volkanovski, instead opting for a potential rematch with Connor McGregor and the current featherweight champion spoke on his YouTube channel about why he thought Holloway has done this.

“Max, we know what’s next. We know what’s next, right? Leading into this fight, the winner was going to get a title shot. Whether it was Max or Yair, whoever won was going to get the title shot. The UFC said that to us. We’re waiting on it. I’m sure the UFC said it to Max. So, the UFC, green lights on UFC for the trilogy; green light for me. But the only one that’s talking about other options is Max Holloway. So, yeah, this might rattle a few feathers, but I’m gonna leave you with this. Am I saying he’s scared? Maybe. But I want you to hear me out here.”

“For Max, this is a big deal. You fight me again, and lose, and go zero and three against me in the featherweight division in your prime – Max in his prime – You talk about legacy? Your name isn’t in GOAT (Greatest Of All Time) conversations anymore. It’s in GOAT conversations now.

“People are still, even though he’s zero two against me, there’s still people throwing his name in the GOAT conversation. He loses again, we know no more. Your legacy in the featherweight division – Tarnished. Let’s be real. Zero and three in your prime. That doesn’t look good. Maybe that’s what it is. Maybe he wants bigger option money fights because he can still have these legacy talks about getting some money fights, you know what I mean? But if he loses, that tarnishes that legacy.” (Transcribed by Sportskeeda.com)

Who is next for Alexander Volkanovski?

A lot of the focus will now be on Holloway following his win however let’s not forget. The current featherweight champion holds two victories over number one and a victory over the second-ranked fighter in the division. Yair Rodriguez will probably need and want some time following his war with Max Holloway and will also want to get back to winning ways before pushing for title. Calvin Kattar and Giga Chikadze are scheduled to fight at the start of next year, does a win for Chikadze here earn him a title shot? If so, how much of an issue can you see Chikadze causing the champ?

Who do you want to see Volkanovski defend his belt against next?