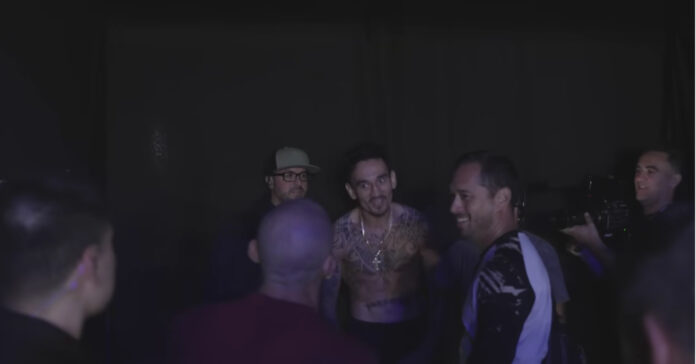 Max Holloway, who co-headlines this weekend’s much-anticipated UFC 276 card in ‘Sin City’, attempts to avenge a pair of prior championship fight losses to Volkanovski, in a bid to become a two-time undisputed featherweight kingpin.

First meeting Volkanovski back in December 2019, Holloway stumbled in his attempt to land successful title defense number four, dropping a close decision loss, before suffering an even closer, more contentious judging defeat in an immediate rematch in July of the following year.

In the time since, Holloway, a native of Hawaii, managed to land back-to-back bludgeoning victories over both Calvin Kattar, and Yair Rodriguez, retaining his status as the #1 ranked contender at featherweight, as well as earning a shot at gold once again.

Usually, a reserved character approaching his Octagon walk, Holloway took the reigns during this week’s press conference, insisting that Volkanovski would not secure a “3peat” of wins over him.

And again at yesterday’s official, ceremonial weigh-ins, footage emerged of the duo engaging in another rather intense battle of words as the pair waited to approach the scales and stage.

Preparing to walk on stage, Max Holloway was urged to “bring the heat” by Volkanovski, to which he replied with a mantra – “I am the heat, brother”, leading to the former to bark that Holloway’s “mind games” imposed during fight week were about to backfire for him.

Landing as the night’s co-headliner, Volkanovski will attempt to land his fourth consecutive defense of the featherweight title in his trilogy with Holloway – following wins over both Brian Ortega, and Chan Sung Jung, most recently.