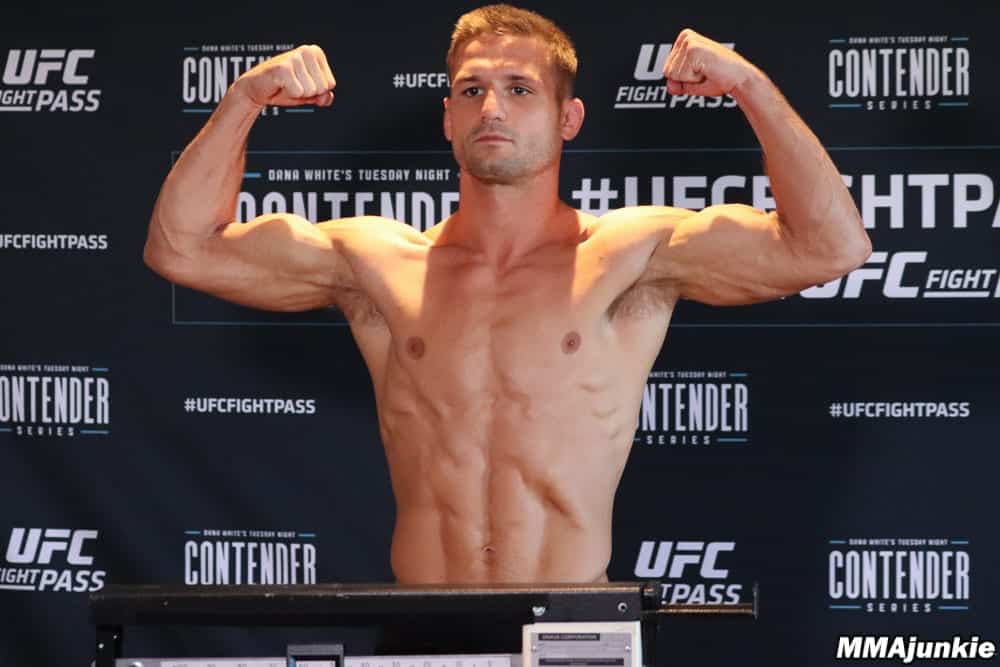 If you are planning to steal Alex Munoz’s car, don’t expect to get off lightly.

The UFC lightweight and Team Alpha Male wrestling coach woke up one morning to find his car stolen. Recounting the situation on Urijah Faber’s The Cali Cast, Munoz shared what turned out to be a pretty epic story (Transcribed by MMA Mania).

“It was early in the morning,” Munoz began. “My girl woke me up, and she said ‘Did you leave your car parked at the gym?’ No, I didn’t. I knew right away. I ran outside and it was gone. I knew it wasn’t there, filed a police report, and then I found it really fast.”

Munoz went looking around local homeless camps in the Sacramento area, documenting the whole thing on his Instagram account. Munoz eventually found the vehicle, minus the thieves and all the snowboarding equipment he had inside. After informing the police that he had recovered the vehicle, he went about looking for the culprits.

“I start looking around myself, I see this guy walking passed … I double-take him, and he’s wearing all my snowboard gear,” Munoz said. “He’s wearing my jacket, my pants, all my stuff. I double-back around and follow him back to my car, him and his buddy get in. I call the police, like “Where are you at?” They said they were on their way, but I don’t know where they were … I basically hunted these guys down, chased ‘em down for probably five blocks. He jumps out, ‘You have a problem?’ Yeah man, you’re in my car! That’s my vehicle!”

“I end up confronting them. One runs, the other one tries to run. I’m just jogging next to him, I see him getting tired, slowing down and breathing hard. He stole my training gear, I had a UFC picture signed … they knew I was a trained fighter!

“At that point, he panicked, and he pulled out a screwdriver and tried to rush me … so, he lunges at me with a screwdriver — I push kick him in the stomach. I got lucky with the timing I guess, took the breath out of him right away. He just laid down on the ground, so I started pulling all my clothes, like dragging him down the street. Give me my pants! I make him sit down on the curb until the cops come, and they were able to help me out.”

Hopefully for Munoz, the rest of his training camp goes by with less drama. He is scheduled to meet Luis Pena next week at UFC on ESPN 22.

Let this be a lesson, kids: Crime doesn’t pay. But it might get you beat up by a professional MMA fighter.

Would you ever track down a carjacker like Alex Munoz did?