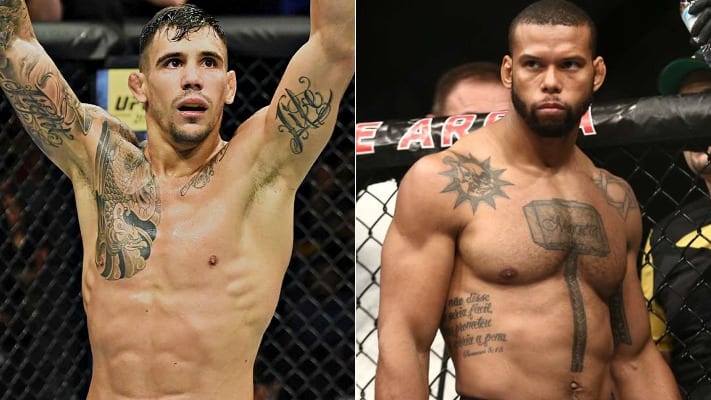 A pair of top UFC light heavyweights will lock horns at an unannounced event on March 6, as Aleksandar Rakic will take on Thiago Santos in a fight that is sure to produce fireworks and move the winner closer to a title shot.

Rakic has made waves in the light heavyweight division since arriving in September 2017. He’s run up a 5-1 record, with his only loss coming by way of a controversial decision against Volkan Oezdemir. He’ll enter the fight against Santos coming off the biggest win of his career, taking a unanimous decision over Anthony Smith in his first main event assignment at UFC Fight Night+ 33.

Santos will enter the fight needing a win to keep himself relevant in the division. He’s coming off back-to-back losses; first coming up short in a title fight against Jon Jones, then being submitted by Glover Teixeira at UFC on ESPN 17 this past weekend. The Brazilian knockout artist was undefeated at light heavyweight before his current stretch, racking up three straight finishes after moving up from middleweight.

The pairing was announced by MMA Junkie, after an earlier report from ESPN. A location for the event and broadcast details were not made available.

Who do you think wins? Aleksandar Rakic or Thiago Santos?