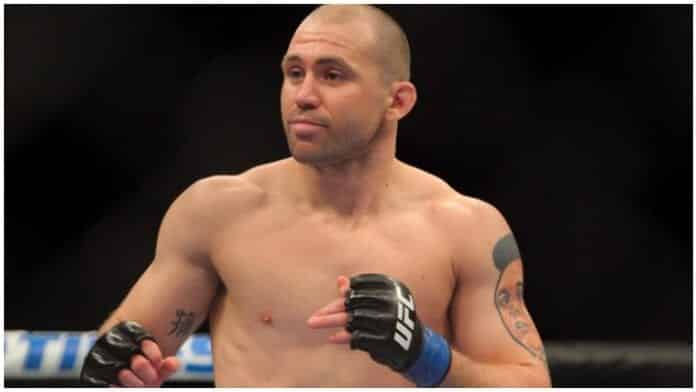 The pen has come to paper for a new fight deal for Alan Belcher.

No more 4-oz MMA gloves for the UFC veteran. Instead of entering the cage, Belcher will be testing the waters of the bare-knuckle boxing ring.

Belcher competed in an outstanding number of 15 UFC fights, debuting in 2006. Belcher would boast wins over the likes of Sean Salmon, Ed Herman, Patrick Cote and Rousimar Palhares.

“The Talent” would end his UFC run with a 9-6 record. The 37 year-old hasn’t fought since losing to former UFC Champion Michael Bisping back in 2013. Belcher would officially announce his retirement from MMA in 2015.

Years after the departure from the Octagon, the desire for another fight grew. Belcher has continued to train, staying active in martial arts, despite not competing on the professional level like he once did. This would all change with a call from the BKFC, who had a exciting, new challenge for the former middleweight contender.

Being in talks with BKFC president, David Feldman, Belcher would sign a multi-fight deal to fight under their banner.

“I love what BKFC is doing,” Belcher stated in a press release. “The company is showing tremendous growth, their event production is first class and I expressed to Dave [Feldman] that I wanted to be part of it. Mentally and physically, I’m in the best shape of my life, a true world class athlete at the age of 37.”

Feldman has been keeping his eyes on Belcher for a while now and was glad to add the former 185lber to their Heavyweight roster.

“We’re very proud to announce our signing of Alan Belcher,” Feldman said. “Personally, I’ve been a fan of Alan’s since his early days in UFC and he’s been supportive of BKFC the last couple of years coming to our shows in Biloxi. He expressed interest in competing and we were able to make a deal that is beneficial to both of us.

“He’s in phenomenal shape after taking some off and fits right in with our very deep heavyweight division.”

Alan Belcher is targeted to make his Bare Knuckle debut in August, in front of his home crowd in Biloxi, Mississippi.