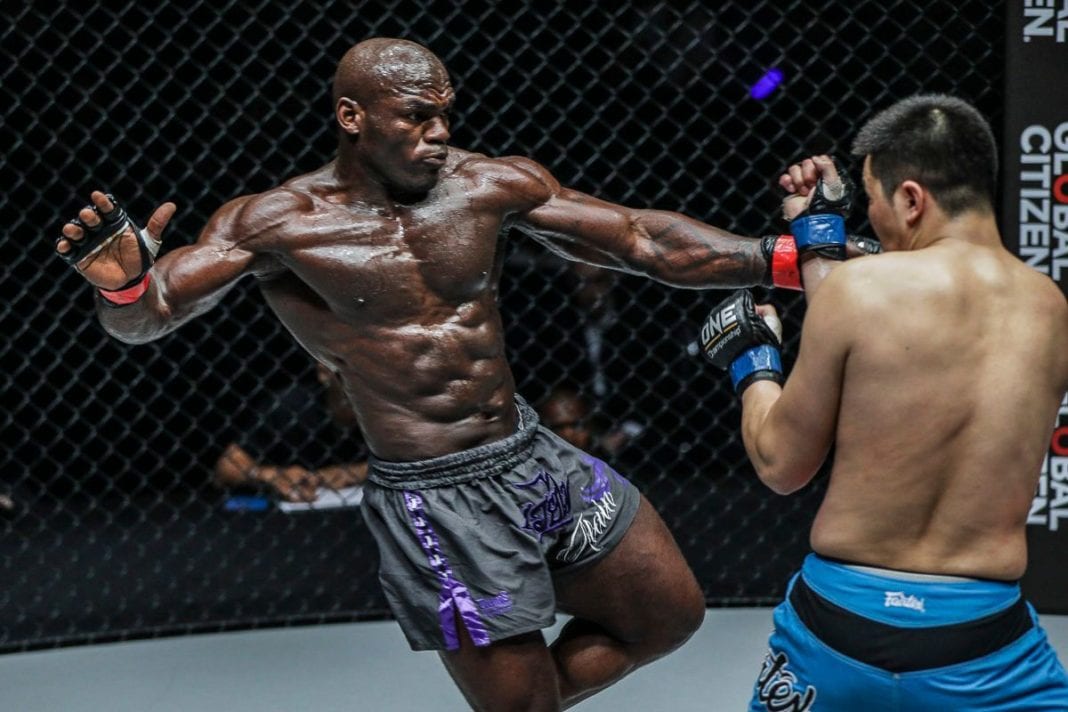 ONE Championship‘s Alain Ngalani is somewhat of a cult figure for the Singapore-based promotion.

The 44-year-old, with the Herculean physique, took up MMA in 2013, following a successful kickboxing career, and has since forged a reputation as an entertaining fighter to watch, even when results don’t go his way.

Ngalani’s record inside the ONE Circle currently stands at 4-5 with one no-contest. Only two of the Cameroon native’s fights have made it out of the first round, and with Ngalani, it often seems to be a case of “Here for a good time, not a long time.”

So when the ONE matchmakers were looking for the right opponent to welcome MMA legend, Vitor Belfort, to ONE, it was clear that Ngalani ticked all the boxes. It’s a matchup that has got Ngalani’s competitive juices flowing.

” I am coming to win this fight, When I am in the right mindset when I am healthy, I am danger for anyone,” Ngalani said in an interview with Sherdog.

“I am very healthy, I have recovered from my injuries, and I am ready for this I just needed something to put the fire back in me and motivate me and give me that fire I was lacking.”

To date, the most recognized fighter Ngalani has fought in MMA is Myanmar superstar Aung La N Sang. A fight with Belfort — even at this late stage of the Brazilian’s career — will boast Ngalani’s profile in a way few other matchups in ONE could.

Ngalani is fully aware of the legacy that Belfort carries and respects the 43-year-old’s decision to have one last hurrah before hanging up his gloves.

“I think overall Vitor is one of the best fighters that I will face and that’s just to give the man the honor he deserves I think he is a legend. He has done a lot in the sport he has nothing to prove,” he exclaimed.

“Props to him to come back and fight at this time at this level, my hats off to him, I respect him a lot.”

The pairs fight will take place under an as-yet-unannounced set of modified rules. Any changes are unlikely to bother Ngalani and could, in fact, benefit him if they impose limits on grappling, which is not his strong suit.

The fight’s weight class also has yet to be confirmed, and on this note, Ngalani — a natural heavyweight — sounded a word of warning to Belfort.

“I would say that he might be reaching a little [to fight Ngalani at heavyweight], but you never know I don’t know what his state of mind is now. I trust that he knows what he is doing, but I feel like it’s to my advantage to be at my normal weight.”

There will not be any belt on the line when Ngalani squares off against Belfort, but the stakes will still be high for both men. A win for the Cameroonian will see his name become known by a whole new set of fans, while a loss for Belfort could be the final act of his career.

Whenever the bout does take place, it will be fun while it lasts.

How hyped are you for this fight?