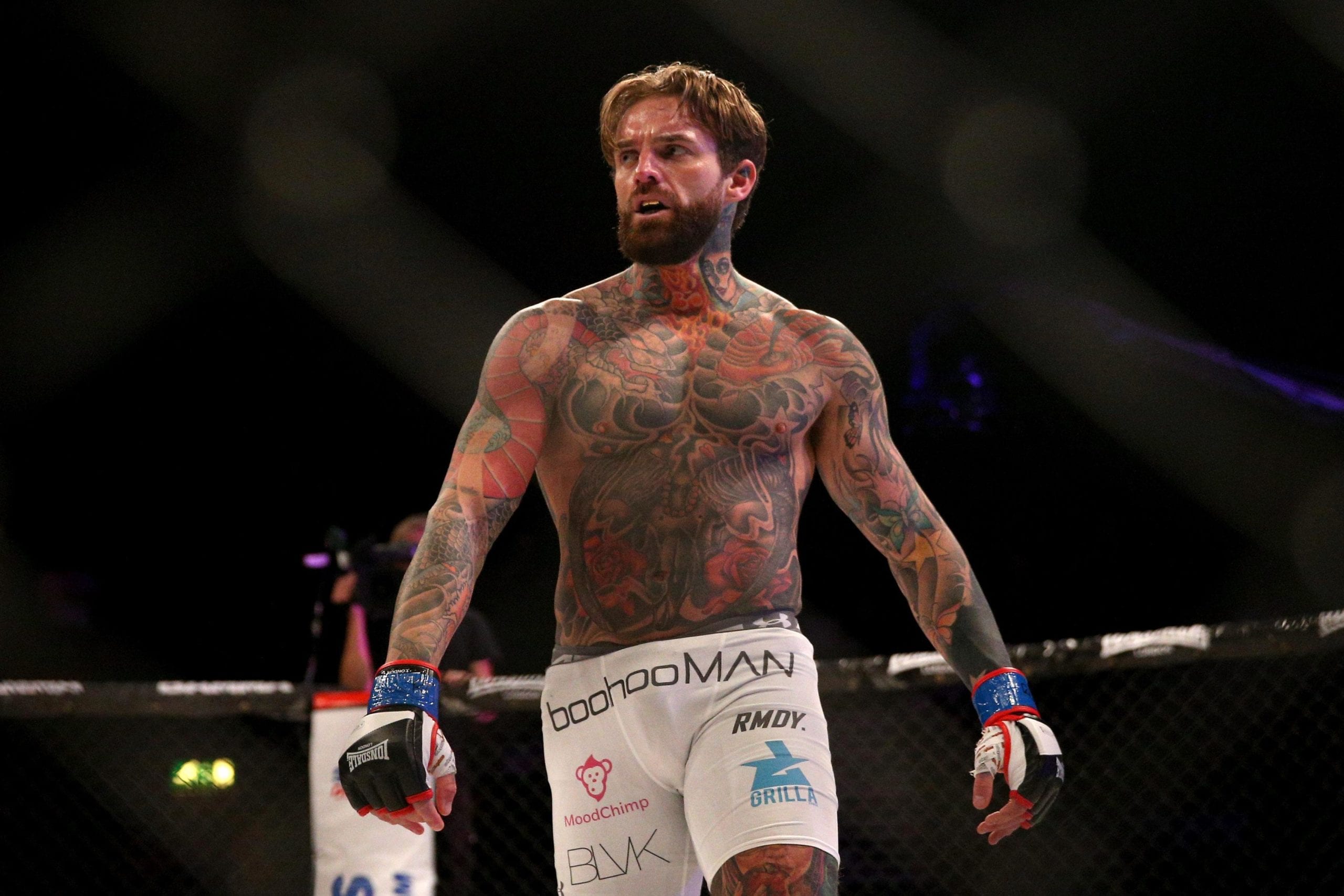 Former reality star turned MMA fighter Aaron Chalmers is set to return to action on Feb 22 at the 3 Arena in Dublin. ‘The Joker’ will face Austin Clem in a main card fight at Bellator Dublin, which will be headlined by a bantamweight bout between James Gallagher and Cal Ellenor.

The return of Chalmers was one of several bouts released for the card via press release this morning.

Chalmers (4-1) got back in the win column last time out, submitting Fred Freeman in round two of their fight at Bellator 223. Previously he had picked up his first career defeat against Corey Browning at Bellator Newcastle.

The 32-year-old former Geordie Shore star will look to make it two in a row against Bellator debutant Austin Clem (3-1). An American fighter who turned pro late last year and is currently riding a two-fight win streak. All three of his wins have come by choke and he could represent a problem on the mat.

Irish middleweight Will Fleury (6-2), who fights out of SBG will look to get back in the win column. He’ll face Englishman Justin Moore (9-4) who is ridning a two-fight win streak since losing in his first and only Bellator appearance against Charlie Ward.