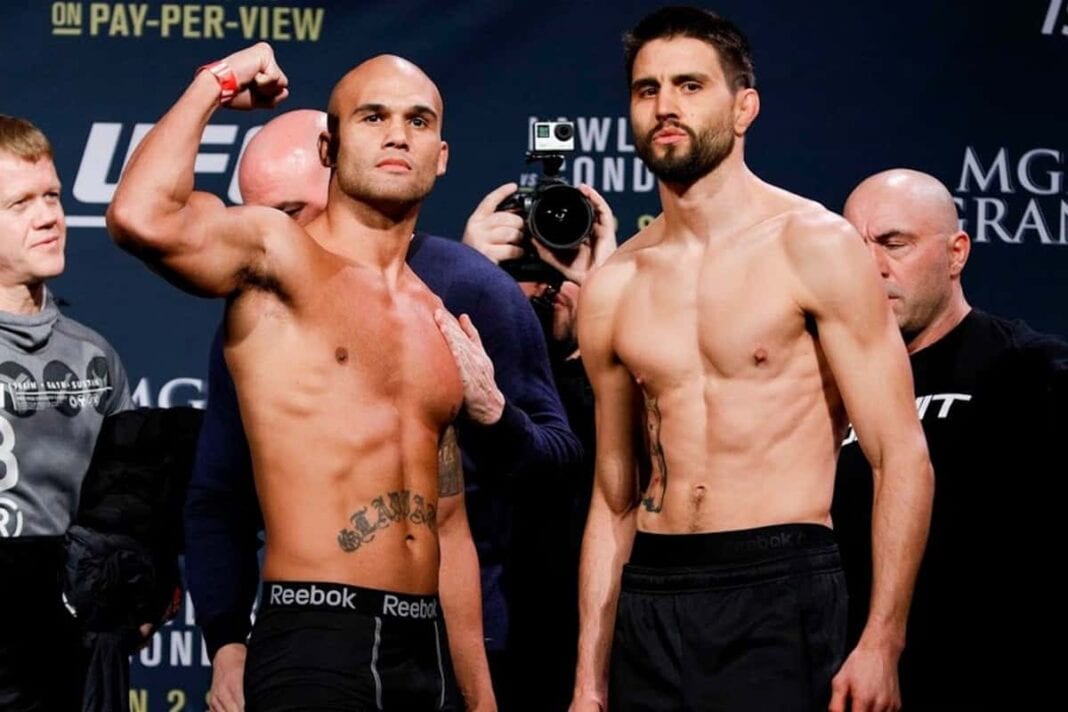 UFC 195 is now in the books, as the event went down this past evening (January 2, 2016) live on pay-per-view (PPV) from the MGM Grand Garden Arena in Las Vegas, Nevada.

Leading up to this card, all eyes were on the main event, a highly anticipated welterweight title showdown between two of the sport’s most vicious finishers in “Ruthless” Robbie Lawler and Carlos “The Natural Born Killer” Condit.

Many were expecting a back and forth war, and that is exactly what we received.

Condit dropped Lawler in the first, Lawler dropped Condit in the second, and the two were off to the races. “The Natural Born Killer” used his endless gas tank to throw a ton of volume, while the “Ruthless” one unleashed some powerful bombs.

The fifth round turned out to be one of the best of all-time with each man leaving everything he had in the Octagon. At the end of the day, however, it was Lawler who retained his title via split-decision.

Both men were given a $50,000 “Fight of the Night” bonus for their instant classic.

The co-main event featured an intriguing matchup as well between streaking heavyweight contenders Stipe Miocic and Andrei Arlovski. With a title shot seemingly on the line, Miocic made quick work of the former champion, taking out “The Pitbull” via strikes less than one minute into the bout.

Miocic also received a $50,000 “Performance of the Night” bonus for his efforts.

Taking on Masanori Kanehara, McDonald appeared to be in danger of an arm triangle before beautifully escaping and sinking in a fight ending rear naked choke.