Punching, kicking and choking people for a living doesn’t necessarily sound like the ideal career path to be a success on the dating scene, but there’s plenty of evidence out there to suggest that MMA fighters are able to punch above their weight in that regard.

Cauliflower ears or not, that ‘bad boy/girl’ persona and ‘alpha male/female’ aura together with the athleticism, drive, discipline and self-confidence it takes to put it all on the line as a professional fighter attract potential partners to these modern-day gladiators like a moth to a flame.

Even other celebrities are not immune to this phenomenon, and as you’ll see in this article, over the years there have been a number of high-profile fighters who have dated famous singers, actresses and models.

Luke Rockhold may have lost his middleweight title at UFC 199 earlier this year, but he can console himself with the fact that he won the heart of 24 year-old pop star, Demi Lovato.

Lovato was in attendance in the arena that night, just days after announcing the break-up of her long-term relationship with actor Wilmer Valderrama, and apparently watching Rockhold get knocked out in the first round loss didn’t put MMA fan Lovato off as it was revealed in August that the two are currently dating.

Lovato first rose to fame as a child actress who featured in a number of Disney TV shows and films, but her singing career has taken her to even greater heights, including claiming a number of top 10 chart hitting singles and albums around the world.

The singer has been an MMA fan for a few years, having attended several UFC events, and has even gone as far as to train in the sport, which is believed to be how she first met Rockhold. 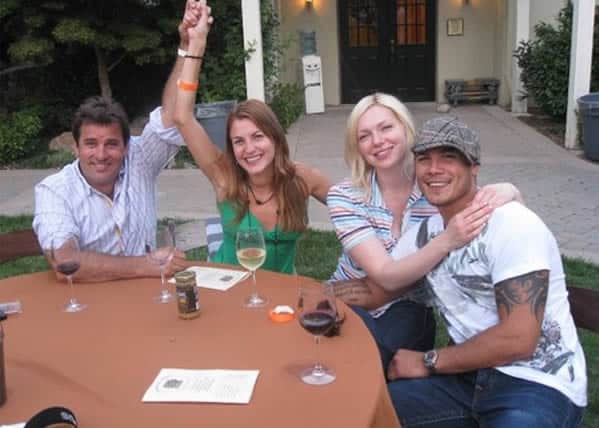 Former UFC fighter Roger Huerta’s good looks and exciting fighting style marked him out as a potential star when he began racking up wins inside the Octagon, leading to him becoming the first ever MMA fighter to appear on the cover of Sports Illustrated magazine in 2007 – a big deal at that time.

For a while everything seemed to be going right for Huerta, winning six fights in a row in the UFC, while also being romantically linked to Octagon Girl, Arianny Celeste.

In 2009 he was reported to be dating actress Laura Prepon, who was best known at the time as one of the stars of, ‘That 70’s Show’ and and these days is part of the cast of ‘Orange Is The New Black.’

It’s perhaps more than just a coincidence that around that time Huerta decided to leave the UFC and pursue an acting career, but neither that, nor his relationship with Prepon worked out, and adding insult to injury, attempts to rejuvenated his MMA career have also faltered, leading to a disappointing 2-6 record in the years since.

In his prime, hall-of-famer Chuck Liddell was the biggest star in the UFC at a time when the sport was exploding in popularity, and as a renowned ladies man who loved to party, he made the most of his time in the spotlight.

Lidell is known to have had a relationship with Willa Ford though, who found success as a singer in the early 2000’s, appeared on ‘Dancing With The Stars’ and hosted the first season of ‘The Ultimate Fighter’.

Former Miss Universe contestant and Filipino TV host Maria Venus also claimed to have dated Liddell, claiming on The Howard Stern show in 2010 that, “I was sort of like arm candy…we hooked up a bunch of times, I mean, we were together…he would fly me to his home.”

Retired UFC heavyweight fighter turned successful podcast host Brendan Schaub notoriously dated UFC superstar Ronda Rousey a few years ago, but that’s not the only time he’s been involved with someone in the public eye.

Schaub is also known to have been romantically involved with comedian and actress Whitney Cummings, who is best known for creating and starring in the CBS TV show, ‘Whitney’ and co-creating the successful ‘2 Broke Girls’ show, alongside her successful stand-up comedy career.

In more recent times Schaub has fathered a child with his current girlfriend Joanna Zanella, who was Miss Mexico 2009 and is a TV host for Univision Deportes.

Their relationship became increasingly volatile however, including Ortiz being briefly arrested for domestic abuse in 2010, though the charges were later dropped after he alleged in a press statement that Jameson was addicted to drugs and had been behaving erratically.

Their trainwreck of a relationship continued to provide fodder for celebrity gossip sites until the two eventually broke up in 2013, with Ortiz retaining sole custody of their two children as he entered into a new relationship with former UFC Octagon Girl, Amber Nichole Miller. 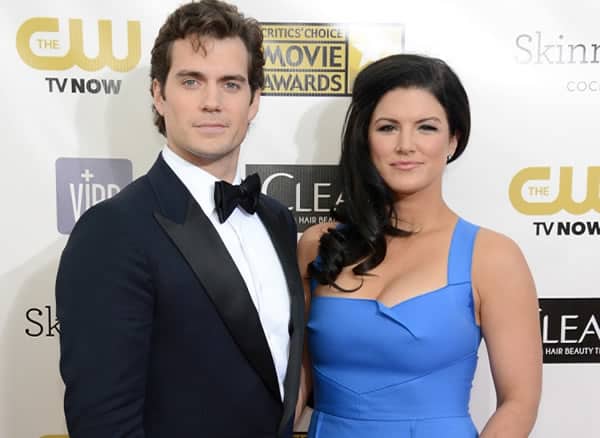 Long before Ronda Rousey arrived on the scene, Gina Carano was MMA’s first major star, drawing big TV ratings while fighting for the likes of Strikeforce and Elite XC.

That eventually led to Hollywood calling, with Carano leaving MMA to star in a number of high-profile movies, including ‘Haywire’, ‘Fast & Furious 6’ and ‘Deadpool’.

Along the way it only seemed appropriate that MMA’s very own wonder woman started dating movie star Henry Cavill, best known for playing Superman in ‘Man Of Steel’ and ‘Batman Vs Superman: Dawn Of Justice’.

The two stars started dating in September of 2012, briefly broke up in the summer of the following year and then rekindled their romance later that year, before finally going their separate ways in 2014. 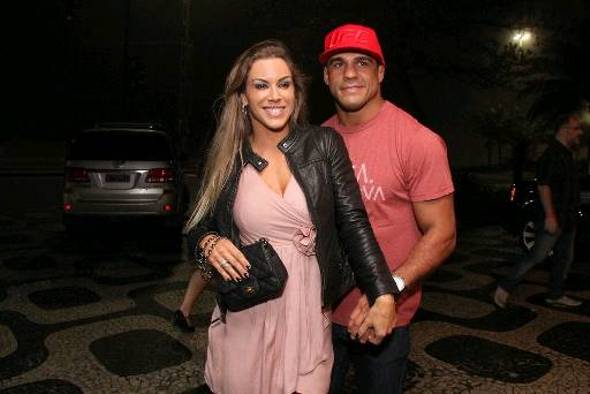 UFC star Vitor Belfort has been married to Brazilian actress and model Joana Prado for well over a decade and have three children together.

Prado first rose to fame starring in a teen show called ‘H’ in Brazil and was quickly hailed as a sex symbol there, so when it was revealed that she would be appearing as the cover star in the Brazilian edition of Playboy Magazine in 1999, it became their biggest selling issue ever.

Prado would later appear alongside Belfort on a Big Brother style reality show for celebrities called, ‘Casa Dos Artistas’ in 2002, where he infamously got a little carried away with a public display of affection for his future wife, sucking on her toes while in a hot-tub!

The couple remain together to this day, with Prado these days also serving as Belfort’s manager. 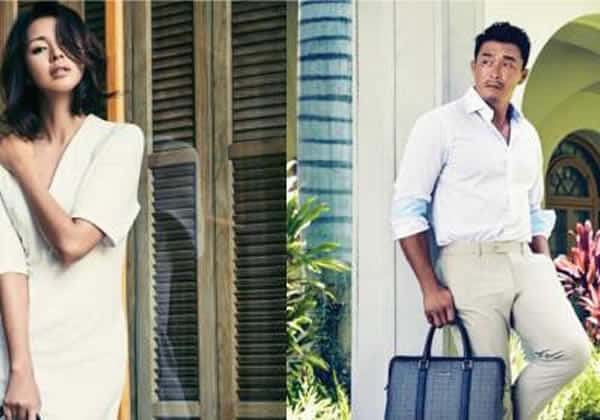 UFC veteran Yoshihiro Akiyama is something of a celebrity himself in Asia, and part of the reason for that is due to the fact that he’s married to one of Japan’s most famous supermodels, Shiho Yano.

Akiyama began dating Shiho in 2007 and they tied the knot in 2009, welcoming a daughter into the world two years later.

They are known as one of the most stylish couples in Asia, but Akiyama and Shiho’s parenting skills have also been demonstrated on the popular Korean TV show, ‘The Superman Returns’, a reality show focusing on the family life of a handful of celebrities.

War Machine began dating Mack in the spring of 2013 after they met at a photo shoot, and would remain a couple for a bout a year, before eventually it turned into more of an ‘on-again, off-again’ relationship.

On August 8, 2014, at a time when the two were no longer together, War Machine used an old key to enter Mack’s apartment, only to find her in bed with another man.

He blew a fuse, violently attacked the pair, leaving Mack with numerous broken bones, lacerations and missing teeth, then fled the scene and went on the run for several days before being tracked down by police. 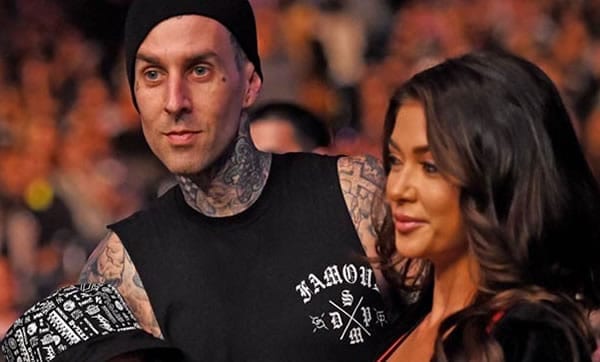 She may not be a fighter, but Arianny Celeste is practically part of the furniture in the UFC, having served as a UFC ring girl for the past decade.

Unsurprisingly, the 30 year-old model has not been short of admirers over the years, and that includes Blink 182 drummer Travis Barker, who dated her in the summer of 2015.

The pair were said to have met at one of the rock star’s concerts and were together for several months.

Long-time MMA fan Barker told TMZ at the time that dating Celeste was, as you might have guessed, “awesome,” but their relationship didn’t last the test of time.