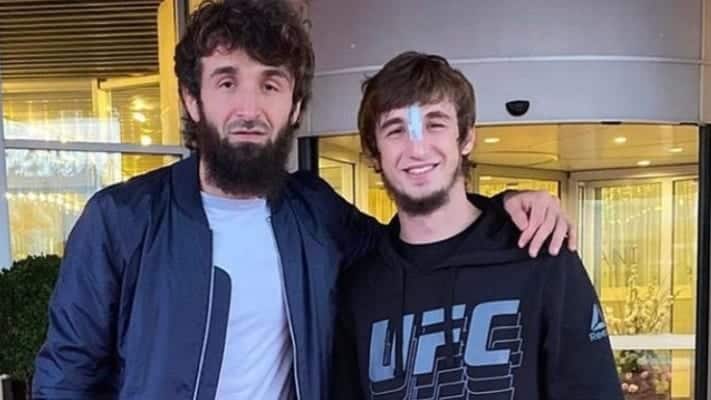 Bellator continues to increase its Dagestani contingent of fighters with the signing of Khasan Magomedsharipov.

Khasan is the younger, undefeated brother of UFC featherweight contender Zabit Magomedsharipov and the 20-year-old recently put pen to paper on a deal with Bellator as per MMA Junkie.

Also a featherweight, the younger Magomedsharipov is 5-0 with four finishes. Three of them were submissions while he holds one knockout victory. He has competed for Gorilla Fighting as well as Fight Nights Global where he last TKO’d Mikhail Tarkhanov in December.

He notably trains alongside Zabit under Mark Henry in New Jersey.

As for the Bellator 2021 schedule, it is set to resume April 2 with Bellator 255 which is headlined by a featherweight grand prix semifinal fight between current champion Patricio “Pitbull” Freire and Emmanuel Sanchez.

It will be a rematch of their 2018 featherweight title fight that saw Freire come out on top via unanimous decision.

What do you think of Bellator signing the younger Magomedsharipov? Do you think he has the potential to become a champion?