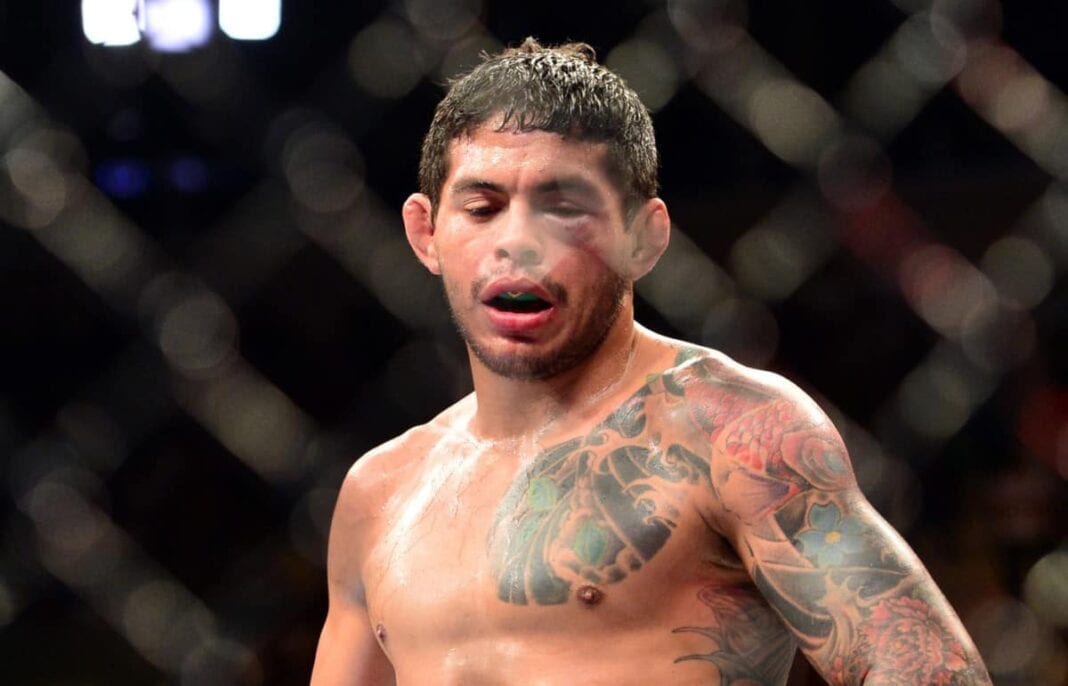 It was expected that several fighters would be flagged for anti-doping violations when the UFC partnered with USADA to implement new and increased random drug testing fighters this year, and indeed that obvious prediction has come true.

Another fighter was added to the growing list of competitors flagged for ‘potential’ USADA violations today when Carlos Diego Ferreira was provisionally suspended and removed from his bout against Abel Trujillo at May 29’s UFC Fight Night 88 for a potential violation stemming from an out-of-competition sample.

The UFC released a statement on Diego Ferreira on their official website:

“The UFC organization was notified today that the U.S. Anti-Doping Agency (USADA) informed Carlos Diego Ferreira of a potential Anti-Doping Policy violation, stemming from a recent out-of-competition sample collection. In accordance with the UFC Anti-Doping Policy, Ferreira has received a provisional suspension, and has been removed from his scheduled bout against Abel Trujillo on May 29 in Las Vegas.

UFC will announce a replacement opponent for Trujillo shortly, while additional violation information will be provided at the appropriate time as the process moves forward.”

Prior to the losses, Diego Ferreira had stormed into the UFC with bonus-winning finishes of Colton Smith and Ramsey Nijem in 2014. He currently sits with a 3-2 record in the UFC, although it could be quite a while before we see him fight in the octagon again.

The exact substance or substances that prompted his potential violation were not released as of right now.