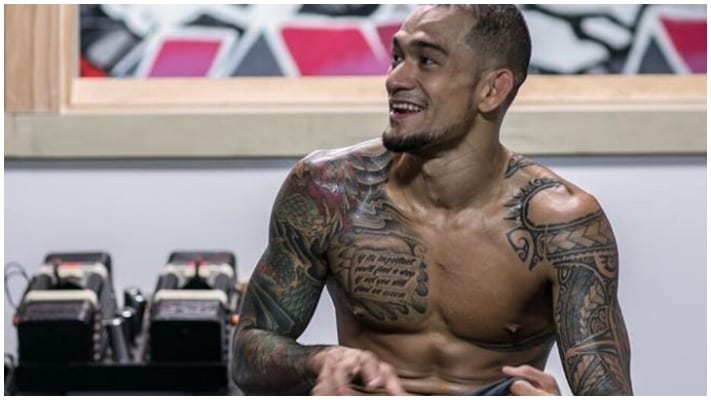 UFC lightweight fighter Yancy Medeiros has revealed a USADA tester interrupted him during the most intimate of moments.

Medeiros took to social media on Sunday to explain that he was in the middle of having sex when USADA came knocking on his front door looking for a sample, he wrote.

“Having sex in my living room and @usantidoping comes pounding on my door at 8pm… best part, him trynna be all professional as I look him in the face, knowing this foo heard everything going down… Face with tears of joybeen tested pre/post competition, but “during” is a first #youreallonsteriods”

The 33-year-old joined the UFC roster in 2013 and has enjoyed mixed results during his 14-fight run. Medeiros is currently 6-7 with 1 No Contest under the premier MMA promotions banner. ‘The Kid’ was last seen in the Octagon back in February when he suffered a decision loss at the hands of Lando Vannata to stretch his winless streak to three. Despite currently being on a bad losing skid Medeiros is a good fighter who has several high-profile wins over the likes of John Makdessi, Erick Silva, and Alex Oliveira.

Do you think USADA could give at least a little warning to avoid situations like the one Yancy Medeiros was in?