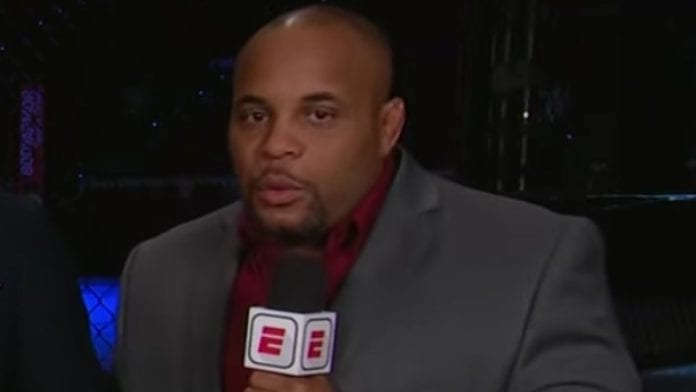 The WWE and FOX are still interested in signing Daniel Cormier as a commentator.

Cormier fought his last fight in mixed martial arts following his unanimous decision defeat to Stipe Miocic in their heavyweight title trilogy match at UFC 252 this past weekend.

“DC” would officially announce his retirement soon after as he will now transition to life without fighting.

And as per the Wrestling Observer Newsletter’s Dave Meltzer (via Wrestling Inc.), the WWE remains interested in signing the former two-weight champion. FOX are also interested in Cormier joining the WWE too as they want to bring him to their current announce team at SmackDown.

Of course, the WWE have long been interested in signing Cormier, who is a self-professed fan of pro wrestling. He even revealed in December that he had talks with the WWE on a number of occasions to work as a promoter for the Brock Lesnar vs. Cain Velasquez fight as well as have a role on their WWE Backstage show on FS1.

That said, Cormier still has a contract with the UFC and ESPN where does color commentary and analysis and will likely have a full-time role going forward.

Things can always change in the future, though.

What do you think of Cormier potentially working with the WWE as an announcer?