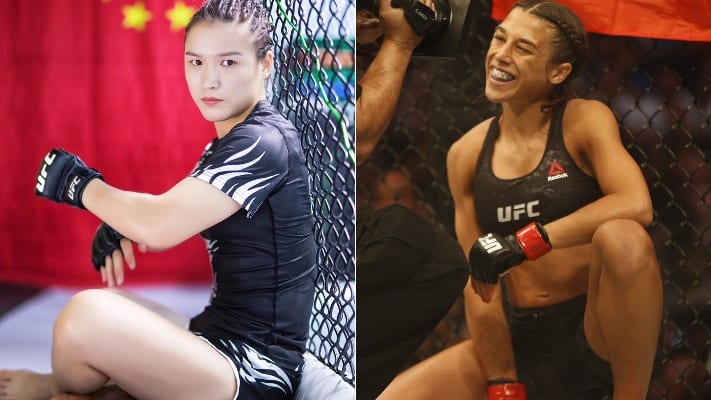 As mentioned, Chinese UFC fighters such as women’s strawweight champion Weili Zhang, Jingliang Li, and Xiaonan Yan are all monitoring the coronavirus outbreak ongoing in China.

The virus has been spreading throughout the country of China and has even forced some cities to be quarantined. According to initial reports, the Chinese capital of Beijing has not yet been affected by an outbreak. This is where the likes of Zhang, Li, and Yan all train. Zhang is currently scheduled to make her first career title defense at the UFC 248 pay-per-view (PPV) in Las Vegas, Nevada.

The action goes down on March 7 where Zhang will take on former division queen Joanna Jedrzejczyk. There has been a fun bit of trash talk between Zhang and Jedrzejczyk heading up to their fight, however, many took offense to Jedrzejczyk’s latest Instagram story, where the Polish star shared a video mocking the coronavirus outbreak in China. Check it out below.

Now, Zhang has taken to her Instagram page to respond to Jedrzejczyk’s joke, and she didn’t appreciate it at all. Zhang scolded Jedrzejczyk for poking fun at a situation in which people are losing their lives to the deadly disease. The UFC’s first-ever Chinese champion actually ended her statement by wishing Jedrzejczyk good health until they fight in March. Here’s her full statement.

“To make fun of tragedy is a true sign of ones character. People are dying, someones father, someones mother, someones child. Say what you want about me if it makes you feel stronger but do not joke about what’s happening here. I wish you good health until March 7th. I will see you soon.”

As for the other Chinese fighters set to fight in the UFC, Li will take on Neil Magny at UFC 248 as well. Yan is scheduled to meet Karolina Kowalkiewicz at UFC Auckland on February 22. Recently, Ruy Menezes, who trains Li and Yan out of China Top Team in Beijing, revealed that the group will first travel to Auckland before going straight to Las Vegas after Yan’s bout.

What do you think about Jedrzejczyk’s joke towards Zhang and the coronavirus? Did she go too far?