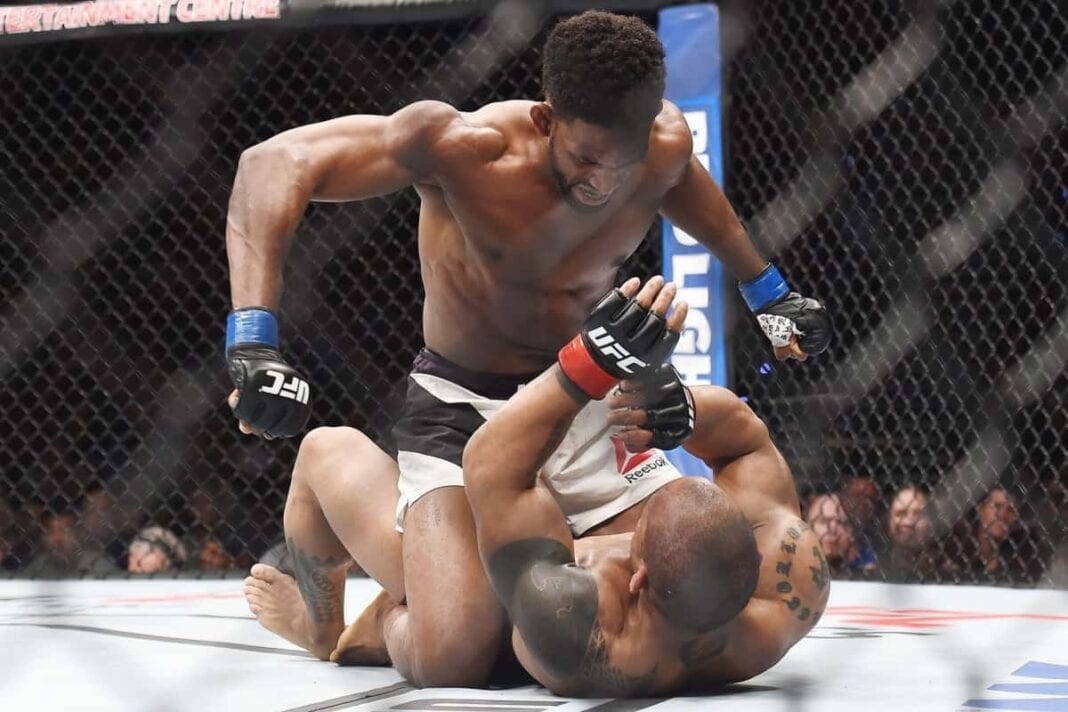 Neil Magny took on former Bellator middleweight champion Hector Lombard in the co-main event of last night’s (March, 19, 2016) UFC Fight Night 85 from the Brisbane Entertainment Center in Brisbane, Australia, and for a while, it looked like he might get knocked out in the first round.

It almost looked like that in the second round, as well. But after an initial flurry from the heavily muscled returning Cuban-Australian, Magny was somehow able to survive and unleash his own offense in the later part of the second round, flattening ‘Showeather’ out to land so many shots that it appeared it should be stopped.

The referee surprisingly let Lombard fight on but it was all elementary at that point, as Magny threw an exhausted ‘Showeather’ to the mat and locked on a mounted triangle choke to finish him off with ground shots. It was a gritty and impressive win, and it was also a very telling one as he moves up into the upper echelons of the UFC welterweight division.